Sonic The Hedgehog 4: Episode II is free on Android and iOS 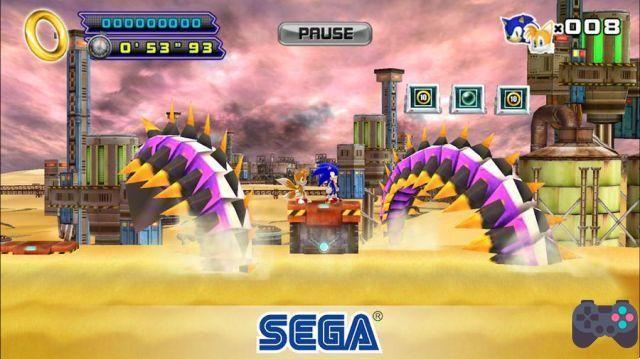 Sonic The Hedgehog 4: Episode II is the new game from the SEGA Forever initiative. Players will be able to download the game for free on iPhone, iPad and Android phones. Being one of Sonic's most troubled releases, the fourth official entry in the franchise was never applauded on consoles, but it did very well on mobile.

Sonic 4: Episode II is the second game that continues directly after Episode I. Metal Sonic and Dr. Eggman joined forces to build a new Death Egg around Little Planet. It's up to Sonic and Tails to put a stop to this diabolical duo's plans.

Classic “Sonic style” gameplay with five amazing zones and 3D graphics. Originally released in May 2012, Sonic 4 is a modern classic that deserves your download.

Like the other games in the SEGA Forever series, the game is online. You will see ads during the phases. To play offline and not see ads, simply make an in-game purchase.

Game link on the App Store (iPhone and iPad)

add a comment of Sonic The Hedgehog 4: Episode II is free on Android and iOS