Sonic & Sega All-Star Racing for iPhone and iPad gets news

An update to a game is always welcome. After all, Sonic & Sega All-Star Racing is the best (and most complete) kart game for iOS. I play almost every day and I always play online which is very good even on slow connections. 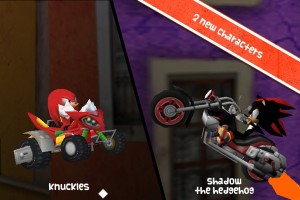 The new game update brings two characters who were once enemies of the hedgehog. They are: Knuckles the Echidna and Shadow the Hedgehog. Knuckles appeared for the first time, as early as the third Sonic game (in 1994) and Shadow, only later in Sonic Adventures 2 (Dreamcast). Sonic & Sega All-Star Racing also got an entirely new track and the ability to use the Air Play feature to mirror the video with an Apple TV or iMac. 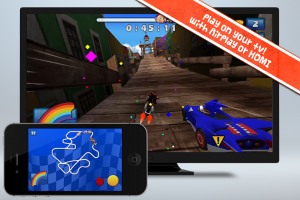 In gameplay, one of the things that almost went unnoticed was the game's difficulty, which increased (that's right, it's harder than it already was). Playing in normal mode feels a lot like the old expert mode. It's really worth downloading again, especially re(getting) all the achievements.

Sonic The Hedgehog 4: Episode II is free on Android and iOS ❯