Soccer Heroes RPG is inspired by Captain Tsubasa but disappoints 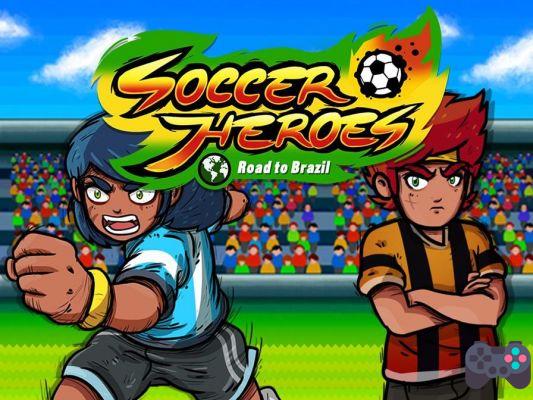 Soccer Heroes is a role-playing game for Android and iOS that follows the same gameplay style as Captain Tsubasa's SNES titles. In time, Captain Tsubasa was a very popular anime series in Spain during the 90's. Around here, it became known as "Super Champions".

In Soccer Heroes, you have to choose the best players and evolve them so that they can use “superpowers”. The game starts simple and unfortunately ends simple.

Each move must be decided through a menu, the player can choose to pass the ball, kick or continue. Stamina is an important element in the game. With each turn, an energy bar is consumed. Weak players tend to run out of energy very quickly.

One of the only elements that can keep you stuck in the game is unlocking all the powers. Each player has a special "superpower" style kick.

The amount of animations is very low and the game uses the same sprites for all players, only changing the “head”. The effect is even rough at times.

The result is weak. Soccer Heroes has a huge potential, which disappears in simple and repetitive matches. Recommended only for the nostalgia factor of reminding us of “Super Champions” (nostalgic clip here).