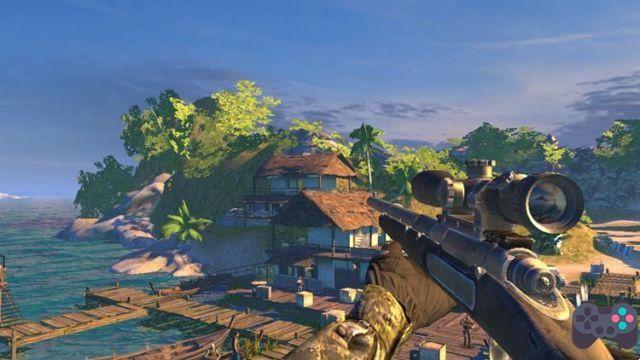 Sniper: ghost warrior is a shooting game that was released in 2010 for Playstation 3, Xbox 360 and PC. The mobile version is a little different from the old one, and employs the infamous freemium elements (monetization and internet connection). But anyone looking for a “free shootout” will enjoy this casual game.

Yes, Sniper: Ghost Warrior has become a casual mobile game. The stages are short and the challenge is shallow. The commands are easy to introduce and literally identical to those of Sniper Fury (Android, iOS and Windows 10) from Gameloft. Its only difference is the stages where you shoot with an assault rifle. 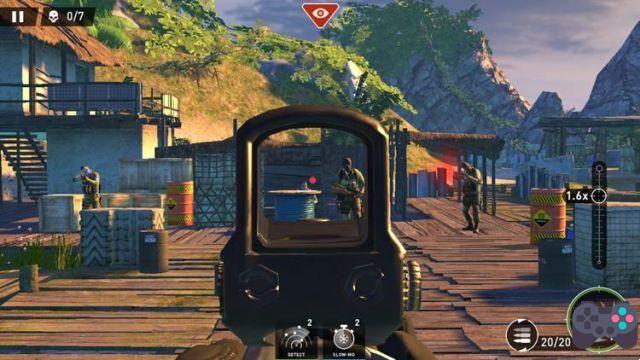 For those who don't know this style of game, Sniper: Ghost Warrior follows the formula of games where you only control the aim. You do not control the character's "walk". Just aim and shoot.

The game is divided into three parts (Sniper, Assault and Story). Each mode has independent stages, but they all serve to earn gold and money to be used to buy new weapons and more penetrating bullets.

Sniper: Ghost Warrior is not as "mechanical" as Sniper Fury and you can do some "flair" like killing two or more enemies with a single shot. However, the game fell short in terms of monetization and connection requirements. Not even two phases pass that you are already forced to keep repeating scenario to earn money. This is necessary because already in the third phase, it is necessary to upgrade weapons to access a new scenario.

The game's graphics are a little heavy. Sniper: Ghost Warrior requires at least a Moto G5 or cell phone with current hardware. Many basic 2016 smartphones may appear as incompatible. 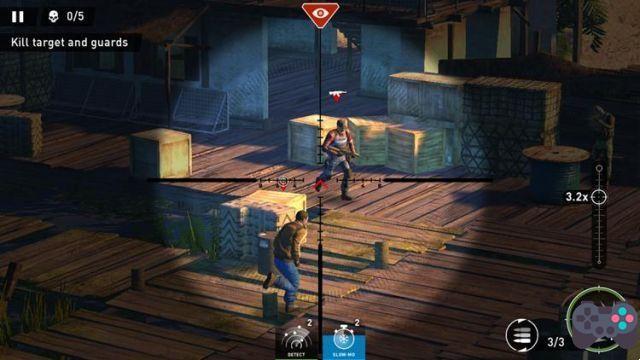 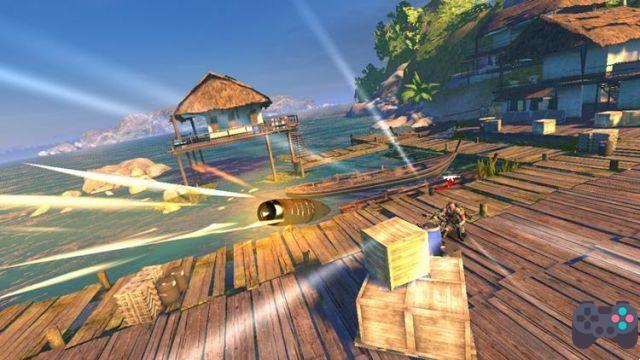 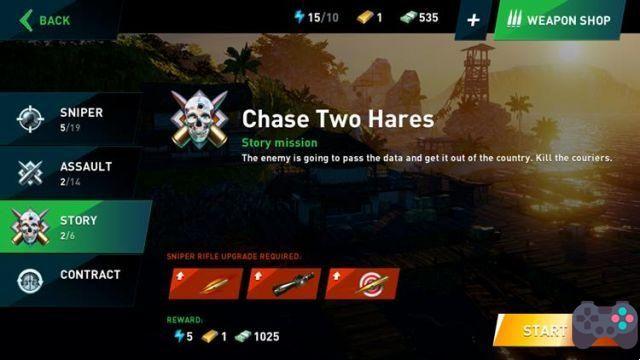 What a blunder to turn a game that was already average on consoles into a freemium game on cell phones. Sniper: Ghost Warrior is a good game for mobile, but it doesn't bother the competition, as Sniper Fury (Android, iOS and Windows 10). Despite rehearsing a story, the game is only textual and there are no cutscenes as in Grand Shooter (Android and iOS).

Survive the Zombie Apocalypse in Mini DAYZ for Android and iOS ❯