Sneak Ops: Don't let anyone see you in this offline game 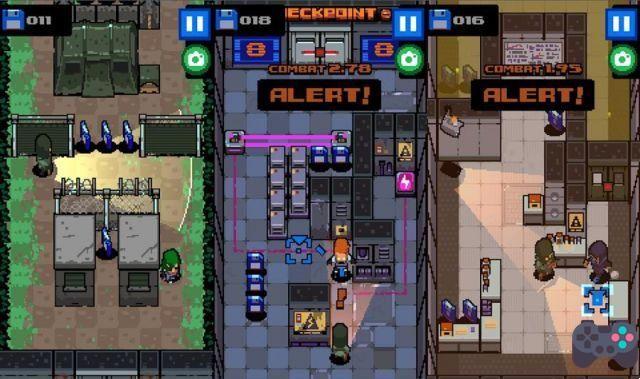 Sneak Ops is a game for Android and iOS where your mission is to get past guards and cameras. In the best “Metal Gear Solid Snake” style, you have to go through various scenarios, but no one can see you. The game is free to download and play and is completely offline.

With a style reminiscent of Metal Gear games for Java mobile phones, Sneak Ops puts the player in short missions, but full of emotion. The goal, as always, is not to be seen.

On your way there will be soldiers, cameras, traps, laser beams and much more. With each stage, the game adds a new level of complexity. To move forward, the player needs to collect floppy disks.

The controls couldn't be simpler. Slide your finger on the screen to make the character walk. To hit soldiers and knock them unconscious, just tap on them. But beware, they can't see you before.

There are 30 stages in total and 20 characters to unlock. Sneak Ops is simple, but it's a great hobby to play on the go.

Sniper Fury is Gameloft's Next Game for Android, iOS and Windows Phone ❯

add a comment of Sneak Ops: Don't let anyone see you in this offline game