Snapdragon 810: The truth behind the heating and “loss” of performance 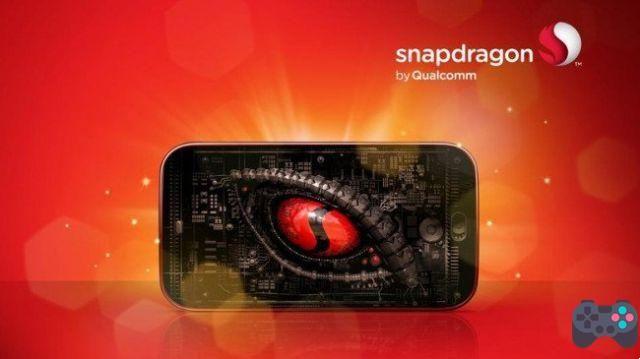 When it was announced, the Snapdragon 810, the new chip developed by Qualcomm, promised to be the brain of all high-end Android smartphones, just like previous versions. But that's not exactly what's happening, and according to tests from specialized sites, it wasn't even a "tantrum" by Samsung.

Currently, the chip is present in only two devices: HTC One M9 e LG G Flex 2, and in both many people have already confirmed that they are really “hot”. The problem of heating is not just an aesthetic nuisance or something for cool people. According to sites like Phone Arena, AnandTech and ArsTechnica, the chip even has a serious case of “throttling”.

Snapdragon 810 doesn't heat up even with games or 4K footage

Excessive heating of a component can heat up others, causing a domino effect over the entire smartphone, which reduces the performance of the device and especially the battery. In order not to be “suffocated” by this heat, the system “regulates the pressure”, reducing its clock (frequency). This “smothering” of performance is called “throttling”.

And how does it not look like in the benchmarks? It turns out that benchmark tests are fast and the Snapdragon 810's throttling is easier to perceive on a daily basis, especially if you play a lot on your smartphone.

According to the benchmarks on the ArsTechnica website, what happens is this: most of the time, the Snapdragon 810 is operating at a frequency below that published in the specifications (2 GHZ for the “Big” CPU). During prolonged heavy testing, the Snapdragon 810 has dropped its frequency a lot and this has an impact on performance. 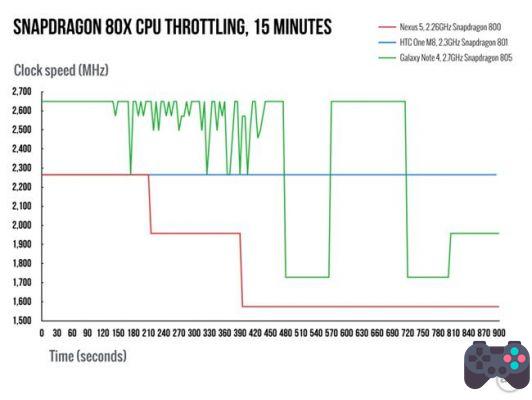 Of the models tested, the Snapdragon 801 came out “victorious” for maintaining attendance throughout the test. The chip present in smartphones like HTC M8, demonstrates that it really delivers what the mobile gamer expects. However, the Nexus 5 was that it fared worse, and even lowered its frequency to 1.6GHz during much of the test.

Now see the test with the latest Qualcomm chip 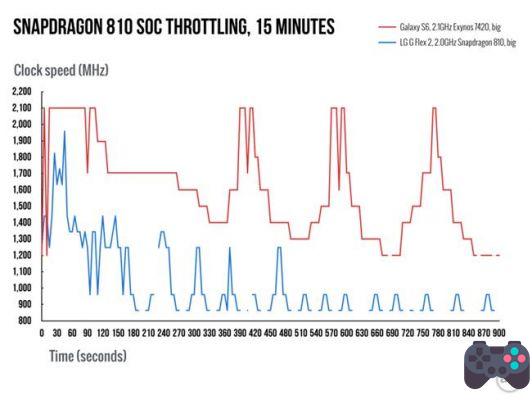 Comprising a set of 8 cores: A Quad-core 1.5 GHz Cortex-A53 and A Quad-core 2 GHz Cortex-A57, the Snapdragon 810 disappoints. The 64-bit architecture, combined with faster memories and new GPU ensure satisfactory performance, however, short of the promised revolution. In testing, the ArsTechnica team used the Geekbench app that can test each core individually.

It is worth remembering that “throttling” is common in many chips and devices. even in iPhone 6 e Samsung Galaxy S6 he is present. But improvements in the chips of both, help to lessen the problem.

Although it features “throttling”, smartphones like LG G Flex 2 e HTC M9 still benefit from other qualities of the SoC such as the architecture 64bits e Adreno GPU 430. It is worth remembering that GPUs are very important nowadays in smartphones and are the “wild card” behind the processing and effects generated even in the Android menu interface.

In the case of the LG G Flex 2, according to many users, after the update to Android 5.1.1 (released this week), the smartphone has improved a lot, bypassing much of the problem with “throttling”.

Sneak Ops: Don't let anyone see you in this offline game ❯

add a comment of Snapdragon 810: The truth behind the heating and “loss” of performance