Slayaway Camp is free on Android (for a limited time) 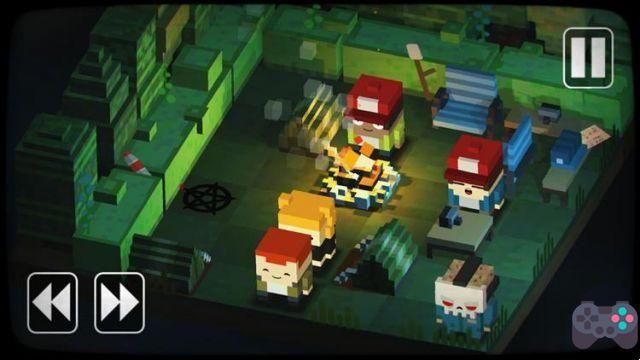 Slayaway Camp is a Puzzle game where you control an assassin and have a mission to attack innocent people. It sounds like a heavy theme, but this game makes everything look cute and square. The paid game (R$ 9,99) is free for a limited time on Android (only until the 26th).

Slayaway Camp is the game that originated Friday the 13th: Killer Puzzle. There are 140 levels with lots of poor innocent people to kill.

In the game, the player must slide his finger over the screen so that the assassin can walk. Each scenario is different and that makes it difficult to send people from this one to a better one. There will be stages where some bonfires and rivers can hinder the assassin.

Acclaimed by critics and audiences, Slayaway Camp has perfect grades and many specialist websites. On Google Play, the game has an incredible 4,9/5 mark.

Ideal to pass the time, Slayaway Camp showcases that good old-fashioned creativity of mobile game developers. A great game that is fun anywhere.

There is no free version of Slayaway Camp, so be sure to check out this amazing game which is on sale until tomorrow (August 26, 2018).