Slam Dunk: Anime from the 90s is getting a game for Android and iOS

With the name only SLAM DUNK, the game of the famous anime of the 90s will arrive globally for Android e iOS on strike. the game is in pre-registration, including in Spain.

Slam Dunk for mobile phones will feature basketball matches with 3v3 teams (three players against three players). The focus will be quick matches of up to 5 minutes. 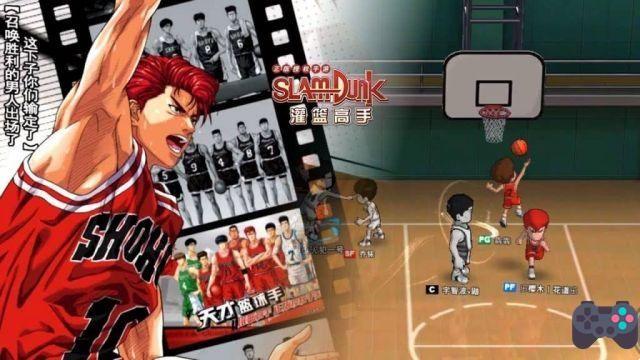 According to DeNA, the game's producer, the game will not have "automatic systems" and no way to "self-play". However, it will most likely be a Gacha Game, in which the main mission will be to collect anime characters like Hanamichi Sakuragi, Kaede Rukawa and others.

In addition to player vs players mode, Slam Dunk will also have PvE modes in which the player can relive classic moments from the famous anime.

From the images released on Google Play and App Store, we can see that the game will arrive here with menus and subtitles in Spanish.

It's not the first time Slam Dunk characters have appeared in smartphone games. They've already made a splash in Streetball Hero, 2017's game, which has since been removed from Google Play and App Store.

I usually say that Slam Dunk is one of those animes that could have been on TV Manchete, and that it would certainly be an immediate hit, even in the country of football. The anime was an absolute hit in Japan. In 2012, the manga reached 120 million copies sold in Japan alone, making it one of the best-selling manga in history. And without a doubt, this is one of the animes with the best opening and ending songs.

add a comment of Slam Dunk: Anime from the 90s is getting a game for Android and iOS