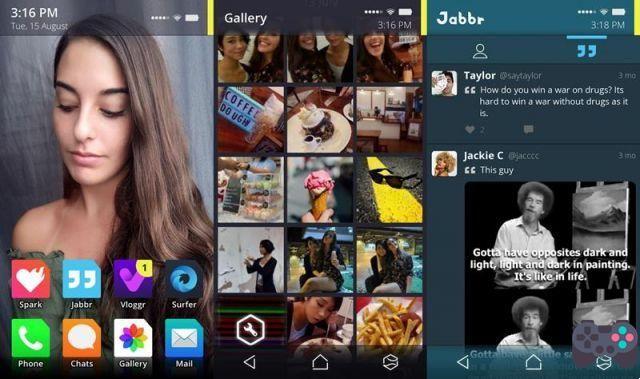 Images is the newest game that follows the same style as “A Normal Lost Phone”, or in other words, lost cell phone. In this style of game, your smartphone turns the person's cell phone and begins an investigation to return the device. It's a game of terror and suspense. Available to Android e iOS, the game costs R$ 14,99.

The differential of Simulacra is that it is much more realistic, bringing photos of the missing person. The game is from the same producer as SARA is Missing. In this style of game, the objective is to find out who owns the cell phone and how to contact her.

The interface is the highlight. Simulacra has apps and an interface that are much more similar to apps we already know. The look looks like a Chinese cell phone or Sony, and there are apps like Twitter, Tinder, Instagram and others.

– The history of Simulacra

You found the lost phone of a woman named Anna. In it, you see a desperate cry for help in the form of a video message. The phone behaves strangely as it dives deeper into this. You talk to your friends and they have no idea where she is. His texts, emails and photo gallery provide snippets of information as the mystery deepens. It's up to you to join.

Winner of the best story award at the International Mobile Game Awards SEA and among the finalists for the most innovative award at the Indie Prize Kyiv 2017, Simulacra is a must-see game for anyone who likes different and curious indie games.