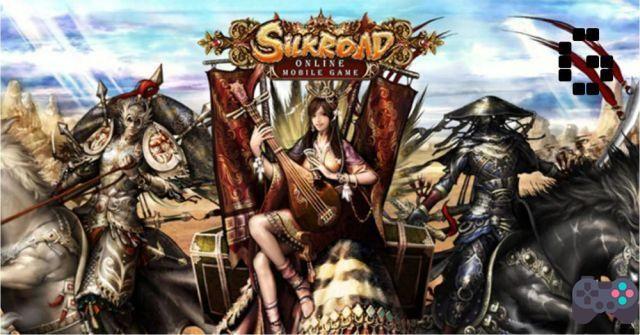 It is now available for everyone to download on Google Play or App Store, the game Silk Road Online. A classic MMORPG from the 2000s returns to mobile with a light version that runs even on weak mobile phones.

The mobile game is a reimagining of the PC version and has similar classes and locations. Like the computer version, the game has autoquest and autobattle, but makes it an integrated part of its gameplay and not something to “buy time”.

The production of Silkroad Online was in charge of U1game in direct partnership with Joymax of South Korea, the producer of the original version for PC.

Like the original, Silkroad Online is inspired by the rise and fall of the XNUMXth century AD Silk Road, which spanned China, Persia and Ancient Europe. Of course, here, the fantasy will “eat loose”.

Silkroad Online has six classes and does not have a “gender lock”, that is, you can choose between male and female characters. The game's classes are: Sky Blade, Heuksal, Heavenly Bow, Warrior, Mage and Priest.

The 6 options correspond to: melee control in combat, ranged combat/assistance and melee combat via magic or medium range.

The game has two starting locations: Datang and Rome.

In the Silkroad Online mobile game, players can check out several classic replicas, such as Temple Strife, Dunhuang Grottoes and The Gate of Another Dimension. There are also several community choices to form teams, alliances, and careers. Enjoy a true visual spectacle as you experience real action battles, high freedom competitions and countless levels through spectacular new abilities and special effects.

Lightness is the biggest attraction

Unlike other 3D MMORPGs today, Silkroad Online has a great difference in lightness. It is a game that is compatible with almost any Android smartphone.


After downloading all the data, the game takes up only 2.5 GB. Nowadays, any MMORPG takes up more than 5 GB.

Even the game's draw distance is low. For those who don't know, draw distance is the ability of a graphics engine to display things at a greater distance. The shorter the distance, the lighter the game is.


So the great attraction of Silkroad Online is because of its “lightness”. This is an MMORPG that runs very well and will not stress your smartphone at any time. I even suspect that it is compatible with Android smartphones with a 32-bit processor and up to 1 GB of RAM.

Yea! Razer is creating the “gamer mask” and it has RGB! ❯