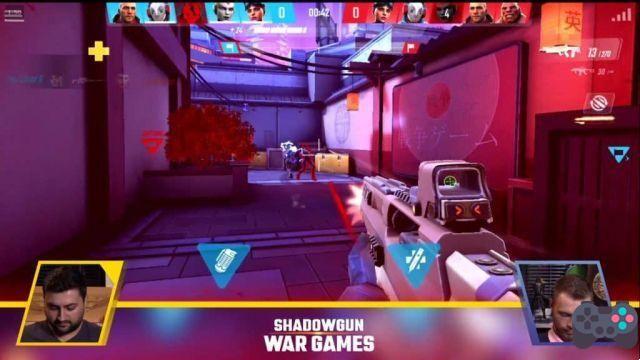 Madfinger Games held this Thursday (28) another live broadcast, good-natured, to present more news about Shadowgun War Games. The company's next shooter arrives in 2020 and aims to be a serious contender for Call of Duty Mobile.

In the broadcast, several topics were discussed. The producers clarify doubts of the players about the "heroes" (game characters), maps and gameplay mechanics.

The first revealed hero of the game is John Slade. This character is nothing more than the protagonist of the first Franchise game, When Shadowgun was still a “Gear of War Clone”.

Every hero in Shadowgun War Games will have abilities. Slade's primary ability is a hand grenade. His passive ability is the possibility to regenerate/heal.

Slade will be of the “Soldier” class and the game will have 5 classes: Soldier, Tank, Support, Sniper and Runner. Each class will be represented by one or 2 characters.

Despite the insinuation that Shadowgun War Games will be a rival to Call of Duty Mobile, from the images and gameplay, we can see that the game leans more towards Team Fortress / Overwatch.

The modeling of characters and scenarios is very modest, which indicates that the game will be very light. Perhaps even lighter than Shadowgun DeadZone itself, an old multiplayer game by Madfinger that has since been removed from the app stores.

We also demonstrated some of the character designs, cosmetics (skins) and maps design.

Shadowgun War Games is coming in 2020. The game is in pre-registration on Android.

Shadowgun War Games will be released on February 12 ❯