Shadowgun Legends: see everything that happened in the livestream 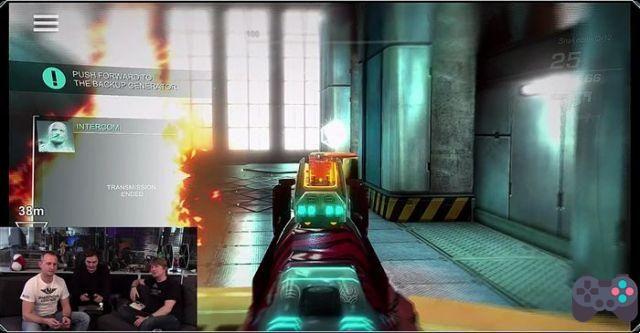 A Madfinger Games held a live event (a livestream) to present more in-depth gameplay of Shadowgun Legends. Hosted by Mikoláš Tuček and Madfinger CEO Marek Rabas, the stream answered many questions from players. Find out about everything that happened and was told like minimum requirements, quest system and much more.

The livestream started with a short interview with producer and CEO Marek Rabas. He answered questions and gave a recap of the production company's history. Since its foundation, first games for iOS, through the transition between premium and freemium games.

For Shadowgun Legends, the producer mentioned that they are engaged in creating a “lore” for the game, defining story and characters so that the game is as immersive as possible. But according to Marek, you don't need to play the previous games (Shadowgun e Shadowgun deadzone) to understand the story.

In the live event, the first mission was presented, complete, which you can see below.

The presentation of this first mission was played using an iPhone 7. The producers made it clear that it is Pre-alpha. On the stream, they mentioned technical details like using normal mapping, light reflections, dynamic effects, detail maps and other things. Everything that makes Shadowgun Legends feel like a AAA title for consoles.

With a cleaner look, the interface of Shadowgun Legends makes the player think that the shot is automatic, but it's not quite like that. The player moves the camera with the right finger and when touching the screen, right after aiming, the character shoots.

Despite the stream only mentioning that the game was running on an iPhone 7. Madfinger's CEO made it clear that the game will run fine at 60fps on a iPhone 5S. According to him, this will be the basis for running the game with minimal graphics, but with good gameplay.


Although you didn't mention Android, we know that they developed the game with the Nvidia Shield as their initial platform. As the minimum platform will be an iPhone 5S, we can imagine that on Android, the game requires at least a device with 2GB of RAM (even being a basic smartphone like Moto G4 Play).

They ended the stream reinforcing that the game is in pre-alpha and that soon, in a few months, they will perform a soft launch of the Game.

Spaniard Gabriel Borges was elected Shadowgun of the Week. The producers thanked the player for all the affection, who always comments and shares all the producer's posts on all social networks.

Full livestream in the video below.

add a comment of Shadowgun Legends: see everything that happened in the livestream