Shadowgun Legends gets an update with new dungeons, weapons and more 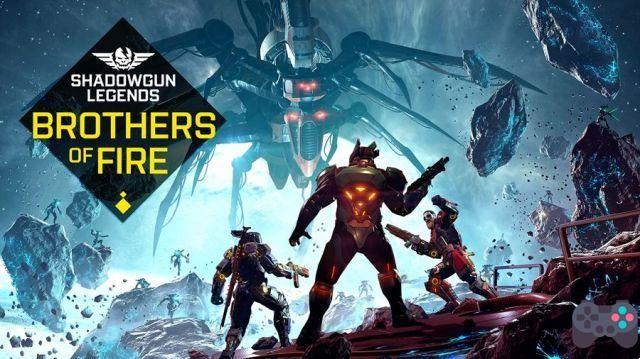 The path of players in Shadowgun Legends is going to get more difficult. The producer announced two new dungeons that will keep newcomers and veterans awake at night. Hive Mind e Brothers of Fire It will require teamwork and excellent co-op.

“During our work on this new update, we were focused on not just including a huge
amount of new content and improvements, but also allowing players to enjoy much of the game in co-op mode, with their friends,” said CEO, co-founder and game director Marek Rabas.

“Offering story-driven co-op gameplay is what sets us apart from some of our battle royale-style competitors.”

Great to see that Madfinger games doesn't want to be just another “ox following the Battle Royale herd”. The producer invests heavily in content to offer a unique and unrivaled mobile experience.

Players can now team up and take on Torment across two Arenas, four major Raids, and over 150 shorter missions. The new Duel map “Jungle Lab” has also been added to the PvP part of Shadowgun Legends.

This update also introduces Voice Chat, a much-loved feature by the community. This new feature will help players in a squad solve puzzles and discuss tactics for every combat situation.

The cosmetics gallery will be expanded further with a new special set of cosmetics inspired by the Egyptian god Horus, four new Tombstones, five musical Emotes, and a host of additional helmets, stickers, and paints.

The game also gained online streaming support with the possibility of direct streaming to Youtube, Mobcrush and other platforms.

add a comment of Shadowgun Legends gets an update with new dungeons, weapons and more