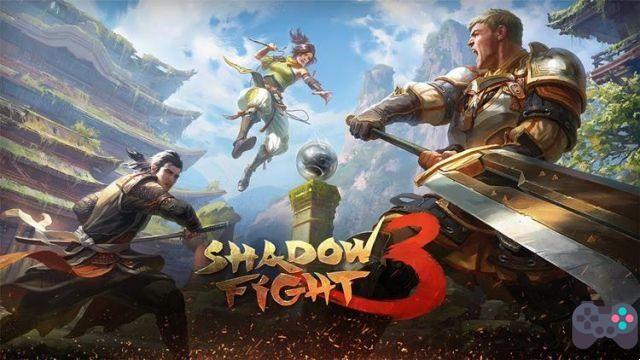 A detailed preview with what to expect from the fighting game Shadow Fight 3, one of the most anticipated games of 2017.

First announced in April 2016, Shadow Fight 3 is the sequel to the highly successful Shadow Fight 2, the most downloaded and talked about fighting game for Android and iOS phones.

The first version of Shadow Fight was released in 2011, by the Russian producer Nekki, with an exclusive release on PC (Facebook or web browser). The producer has always had as a principle to release simple games, but with high quality animations at 60fps. The jump from Shadow Fight 1 to 2 was huge, with improvements in graphics and gameplay.

For Shadow Fight 3, it wouldn't make sense to release a Shadow Fight 2.5. A huge evolution was required in relation to the second game, and luckily it happened.

Shadow Fight 3 marks the end of the 2D era for the franchise, and the arrival in the third dimension. But it's not just the shift from 2D to 3D. The fights, which used to take place in the shadows, are now in the clear sky.

To make sense of the name “Shadow” (Shadow in Spanish) the producer added a Special Move for each character. When performing such a command, your character strikes an almost indefensible blow.

During the strike, the screen darkens and the characters are illuminated by a light behind the stage, leaving only their shadows. This special power isn't exactly new, in Shadow Fight 1, characters shot flames and other powers. In Shadow Fight 2, special moves could be unlocked, but only after playing for a long time.

The change in visual style was very welcome. The game is beautiful, with light graphics that provide fluidity in the animations. There is no way to say which devices are compatible, but some people were able to test the game even on the Motorola Moto G2. This leaves us the clue that Shadow Fight 3 will be compatible even with Android phones with 1GB of RAM.

– The gameplay of Shadow Fight 3

The fighting mechanics are very similar to the previous game. The character's combat style is determined by the weapon he wields. With small swords, we have to fight at close range. With a spear, the combat gains more amplitude (and becomes more appealing too).

As with Shadow Fight 2, the initial fights are a bit tedious as it takes a while to acquire a decent weapon. The button layout is identical, with a d-pad on the left and attack buttons on the right. It's no use crushing the screen and hoping for the best. In Shadow Fight, combat needs to be strategic with distance control and know how to take advantage of the gaps left by the opponent.

The story of Shadow Fight 3, at least at first, is less interesting than that of Shadow Fight 2. The second game had a simple and interesting plot, which was interspersed with cartoon Cut Scenes. Simple, but very tasteful. The story of a warrior cursed by the shadows, and who, in the end, achieves redemption by getting rid of the curse.


In Shadow Fight 3, the oriental/futuristic theme leaves to give way to the Middle Ages. I think The Witcher 3 was an influence here, because it's possible to create a character just like Geralt.

However, the plot of Shadow Fight 3 was a bit lost and confused. History is left to the background. This makes things a little less interesting, especially the protagonist's lack of motivation. Speaking of him, this time, the player creates a character, with the possibility to change the appearance and even choose the gender. There are few options.


The move from Oriental to Medieval is different and unusual, but it doesn't seem remotely like an evolution. The initial medieval weapons, which the player receives, are horrible and it doesn't take long for some oriental weapons to appear, which give more sense to the character's acrobatic movements.

Nekki did its homework with the big producers and switched from the simplified system of purchasing weapons to randomness. Now it is no longer possible to buy that badass weapon that immediately changed the fights. In Shadow Fight 3, we have a random weapon earning system and a card pack system.

These new systems promise to make things slower (and boring) as it will be possible to take repetitive weapon cards and spend a lot of time trying to evolve. Maybe that's where the delay in releasing the game comes from. The card system still looks pretty raw.

Shadow Fight 3 is a clear evolution in relation to the second game, but there are some rough edges to be trimmed. The story mode needs improvement and the beginning of the game is boring. But the graphic evolution and the possible end of the power limiter are cause for celebration. However, the same cannot be said of the need for an online connection. Let's hope this gets removed by the game's release.

Shadow Fight 3 will be released for iPhone, iPad and Android devices on November 16, 2017. The game will have a version for Windows 10 PCs as well.

– Want to test the game now? See how!

If you want to test the game, you can download the APK on the APK Pure website and use a VPN (with server in Canada). The best VPN right now is OpenVPN, no registration required, just download a VPN profile and launch the VPN app through it. Keep the VPN on throughout the game and have fun.

add a comment of Shadow Fight 3: first impressions of the new fighting game