Seven knights 2 begins a new stage with the arrival of chapter 10 in the RPG history of Netmarble developed using the U. The new chapter in the sequel to Rudy's adventure and focuses on the unfinished story of the "Daybreak Mercenaries". 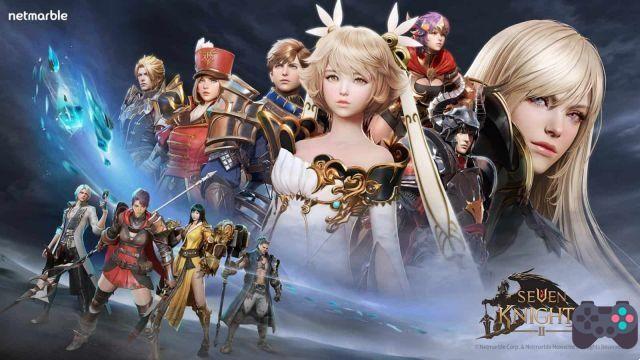 Players will have the opportunity to acquire two new heroes, Legendary+ Rudy, the Knight of Light and Legendary Miss Velvet, the Blood Rose. The first Legendary hero, Rudy, is the last member of the Seven Knights and comes into the game as a Tank class, with a defense-oriented moveset.

Miss Velvet arrives as a Damage Dealer, or simply DPS, being very agile and a specialist in attacking enemies, with a very high damage per second (DPS). As expected of heroes of this class, Blood Rose has low HP and defense, depending on her abilities to be effective.

Both of them, both Rudy and Miss Velvet can be found in the Hero Eternal Legends Seven Knights and Traveler of Crossed Destiny Codex respectively. The new “Chapter 10” scenario has also arrived with the new update, ranging from easy, normal, hard, and very hard difficulties, and can be accessed after each difficulty in Scenario 9 is cleared.

The second round of the guild war pre-season also started last Sunday (12) and will last about two weeks. Also stay tuned for upcoming events with this new update. Check them all out below:

All of them will last until December 22nd, with the exception of the sixth event, which has no end date yet, and the seventh event that will last until January 5th. You can download and play Seven Knights 2 on both Android via Google Play and iOS via the App Store. The game is also available in Beta version for PC, which you can download from the official website of Seven Knights 2.