Seven Knights 2 is now available on Android and iOS 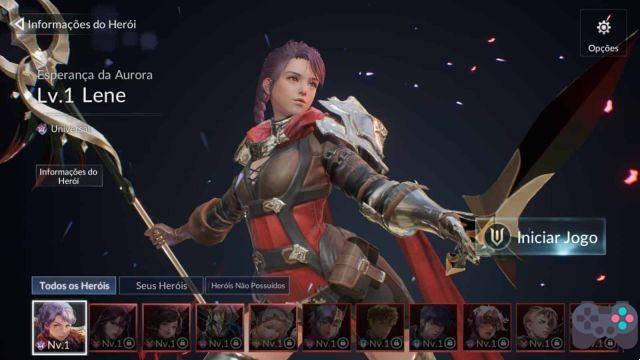 With impressive graphics and characters, Seven Knights 2 has a story in Spanish and a gameplay that, despite being automatic, still gives the player the option to take full control of the combats.

The official sequel to the wildly popular Seven Knights, a game that has already garnered 60 million downloads, Seven Knights 2 expands the adventure with a narrative that takes place 20 years after the first game.

New heroes witness the sacrifice of legendary warriors. Tragedies and separations ensue as one little girl can predict where the monsters will appear.

They are characters of various types: warriors, mages, archers, spearmen and so on. They are divided into categories: DPS, Universal, Ranged and Tank.

We start the adventure with new warriors who are beginners on the path of justice. They will prove their worth as you play and evolve them. The game has dozens of hours of non-interactive scenes that are combined with the evolution of the characters.

Some villains in the game are among the selectable characters. The game has many charismatic and stylish characters. There are also a lot of bosses to face.

The big difference in Seven Knights 2 is its combat system. In the game, you control up to 4 characters (a main character and pass orders to the others).

This system can be automated, but turning off automation is where the fun begins. It feels like a mix between action and turn-based combat.

To play Seven Knights 2 you must have at least one device with Android 7.0 or higher and at least 3 GB of RAM. Recommended requirements are Android 8.0 and 4GB RAM

On iOS, the requirement is to have at least an iPhone 7 Plus onwards. However, on the iPhone 8 Plus it is possible to play with maximum graphics without problems.