See console game companies that didn't do well on Mobile 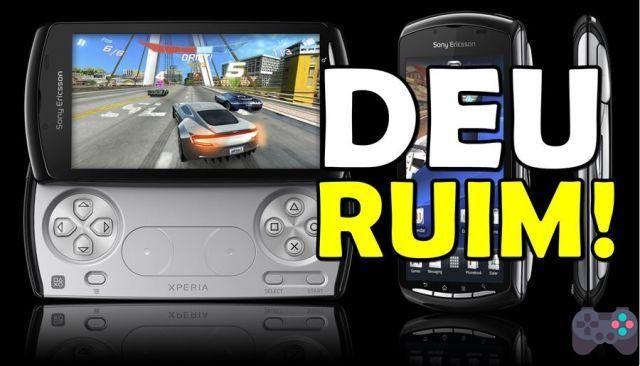 New video on the channel! Remember game producers that didn't do well in the mobile market. But they still didn't give up. Classic “stories” like Sony, Konami, Capcom and even Nintendo, which spent years trying not to get into mobile, but was forced to create mobile games.

In the world of big corporations, it's no use being proud. Many successful game producers have already tried to ride the wave of mobile games, failed, given up, but were forced to go back.

In this video you will know the story before Nintendo was successful on mobile, before Konami hit it with Yu-Gi-Oh and PES and before Sony and Capcom... well, Sony and Capcom still haven't found each other on mobile.

Sony is one of the best examples of a company that MISSED UGLY in its mobile strategy. It was not only a game publisher, but also a smartphone maker.

Despite the excellent Xperia Play, the great Sony has only created one disaster after another. So much so that at the height of the first version of the PS4, only the company's mobile division generated a loss.

In terms of mobile games, the producer also dropped the ball with games like PlayStation All-Stars Island. The game that brought Nathan Drake and other Sony characters was just a clunky clone of “Temple Run”.

Between 2011 and 2014, the manufacturer tried in every way that Playstation Mobile, a platform for exclusive games of the producer, was successful on Android. It didn't help.

So far Sony has not made a name for itself in mobile games, but the company knows that the mobile market is very important. So much so that it has already announced that it will review its strategies and promises to return in the near future.

Another company that still hasn't found itself on mobile was Capcom. The producer of classics like Street Fighter and Mega-man has already extinguished its mobile division and created a new one between 2008 and 2016.

The producer was relatively successful on iOS, but on Android, it always left something to be desired with games that were only partially released in some countries, and other titles that never arrived on the little robot platform.

The height of the vexation came with Mega Man X over. Capcom's idea was to turn the beloved Blue Bomber franchise into a Runner-style game.

It took so badly that the game was not even released in the west. In 2015 the company threw in the towel and pulled Monster Hunter Freedom Unite from the App Store. The game had been released less than a year ago.

The return would only be in 2016 with the reformulation of Capcom Mobile, which has now come back with a vengeance and focuses on premium games.

No company was asked more when it would go mobile than Nintendo. Since the App Store's launch in 2008, Big N has been in demand for when its games will be on mobile.


She always deflected and reaffirmed that for that, there was the portable division. The annoyance from investors and the media was so great that it even generated rumors that Nintendo would launch a cell phone.

Well, that didn't happen, but in 2016, the producer gave in to the pressure and released Super Mario Run. Nintendo itself has already revealed that the game was a failure in sales, but what a success was Fire Emblem Heroes.


Another revelation is that the company intends to release a Mario Kart game by the beginning of 2019. Just don't expect a perfect port, ok?

Konami is the best example of a company that got everything wrong with mobile, but managed to turn it around.

She even did well, on Java cell phones, with great games from Silent Hill and Castlevania. But with the emergence of the second generation of Smartphones, things started to go wrong.

When the iPhone was released in 2007, the producer brought games like Sillent Hill, Metal Gear Solid and Castlevania Symphony of the Night to Mobile. But none were quite what we expected.

Not knowing exactly how to work with touch, Konami put their most important names, in crude and lifeless experiences. Needless to say, the games were a sales failure.

Even PES 2012, which was well accepted by the gamer community, couldn't hold the wave and the producer spent years to get another hit. Redemption came double in the year 2017 with the release of Yu-Gi-Oh Duel Links and PES 2017.

Pressed by the mobile market, Sony sees indie games as the future of PS Vita

Konami will remove 31 games from Google Play and App Store

Konami: “The future of gaming is in mobile games”