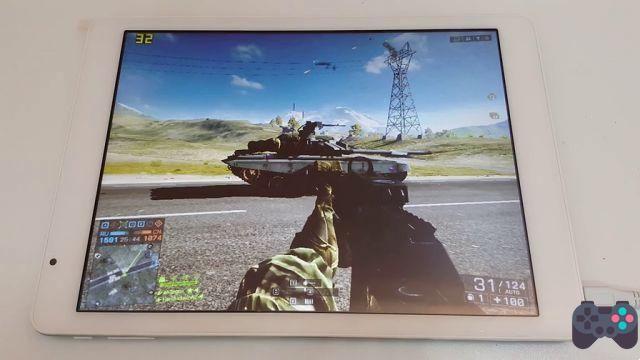 A lot of people make fun of game releases to Windows Phone, but with the merger between PC and Mobile that Microsoft is carrying out, these people will bite their tongue. A proof of what is to come can be seen in the videos below where the Teclast X98 tablet runs PC games with impressive fluidity.

where to buy Teclast X98?

On the TechTablets.com channel, there are several videos posted testing games in 4K resolution. Only later did the youtuber realize that it was possible to reduce the resolution to gain much better performance in games.

Certainly the battery should go to hell in a short time and playing without a joystick would be out of the question. But remember to factor lighter PC games into the equation. So, finally, Microsoft presents a strong competitor, not just for Android and iOS, but for desktop consoles as well.

I am seriously tempted to buy this tablet. It is currently sold on GearBest, one of the best quality Chinese goods stores. The price is US$ 241 dollars and in reais it is around R$ 870, much cheaper than an iPad, however, it is good to save some extra money in case it is taxed at customs

Here comes Colossatron, a game from the creators of Jetpack Joyride ❯