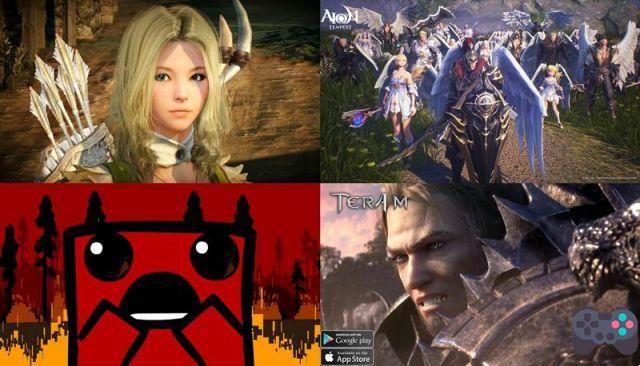 Check out 10 games that arrive in 2018 or that are scheduled to be released in the West for 2018. The list is full of Chinese and Korean games for the simple fact that, there, the hype is greater, and the producers usually prepare news about the game. long before they were released.

Also check out our previous posts:

Arena of Valor (Strike of Kings) is the mobile MOBA from Riot and League of Legends owner Tencent. The game has already been released in Europe, but not yet in the Americas. Unfortunately, due to the rush of the year, the release was delayed for 2018. But the game will arrive in Spanish and with a monstrous support. Everything for Arena of Valor to be a success here too.

Netmarble will release a sequel to Blade & Soul, dubbed Revolution. It is worth remembering that this game is not Blade & Soul 2 which is also in development. The trailer only shows a lot of action in the PvP arena, and the graphics that make the use of Unreal Engine 4 very clear.

NCSoft has returned to developing LineAge. After the launch of other games in the franchise by other producers, LineAge 2 M arrives promising to be a classic MMORPG on mobile. Will this game be released in the west as well?

Netmarble is already the favorite developer for bringing ports of classic PC MMORPGs to mobile. After a version of LineAge, the producer will also bring TERA to cell phones. TERA M arrives in soft launch in South Korea in 2017, but in the rest of the world, the game arrives only in 2018.

While Heroki doesn't come to Android, Monomals will be Picomy's next release for the iPhone and iPad. Not much has been told how the game will be. The way is to wait.

NCSoft has returned to active development of its games and is preparing a mobile version of its MMORPG Aion. Aion Tempest takes place 900 years before the battles between the races of Angels and Demons. According to the producer, the gameplay will be on vast fields with epic battles between hundreds of characters.

Mabinogi Fantasy Life will be a survival MMORPG where the player will live in a community and have to help it. The game has a cute farm feel, but you'll have to face enemies too.

Level-5 is preparing a version of Inazuma Eleven Ares also for Mobile. According to the producer itself, the game will have the same gameplay on both consoles and mobile.

The mobile version of Black Desert is already in development by Pearl Abyss. The game will have a different gameplay, but will bring the same graphic refinement of the PC version (if you have a top cell phone, of course). Undoubtedly one of the most anticipated new games for Android and iOS of 2018.

And that was our first list of new games released for Android and iOS in 2018. It's worth remembering that the number #1 there is no coincidence. We will talk about many more games soon. For those who found the predominance of Chinese games strange, it was on purpose. I thought it best to put all the main ones in a single “trailer compilation” and then move on to western games. And get ready, there's a lot of good game coming in 2018.