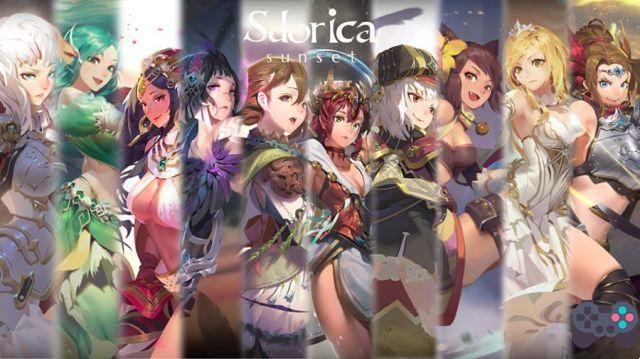 Rayark games, the studio behind Implosion e Cytus II is developing a new game called Sdorica. The title will be a JRPG that will arrive for Android and iOS on April 19. Check out the trailer.

According to the game's page, Sdorica's focus will be on storytelling with the right to parallel stories for the more than 30 existing characters (there are many waifu). The story is about a legend that the world was once populated in darkness. Humans were puppets of the giant dragon “Sdorica”. It's up to the player to go back in time and change things by acting as an "Observer".

Sdorica is in soft launch in Singapore, Malaysia, New Zealand, Australia, Canada and the Philippines. The global release will be on April 19th.

Apparently, the game will be free, but it offers a focus on the singleplayer experience, with a good story and remarkable characters. Let's wait and see, shall we? For now, you can pre-register the game on Google Play and the App Store.