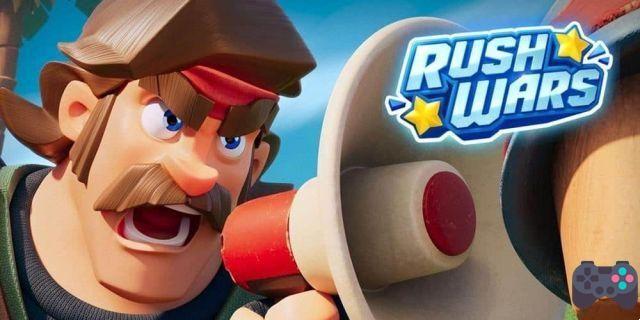 Rush Wars is Supercell's new game for 2019. Announced by surprise, the game will be another strategy game to make up the company's library. The gameplay is defense focused and feels like a mix of Clash Royale and Clash of Clans.

The game will open its beta test today (26th) and the APK is now available for Android in countries like Canada, Australia and New Zealand.

In Rush Wars, players must create squads and raid enemy gold mines. The gameplay is quite simplified, pulling for something in the style of “Tower Defense”.

A 'leak' occurred on Reddit when users started sharing what was supposed to be the game's official description (supposedly accessible through the debut trailer before it was removed).

After the leak, Supercell quickly released the trailer for Rush Wars, confirming that it is indeed a new game from the company, with versions for Android and iOS.

Ready to kick ass and get mega rich? From the creators of Clash of Clans and Clash Royale comes a heroic combat strategy game full of surprises like a laser robot dinosaur and explosive arcade machines!

Rush Wars has everything you love about a strategy game and more: exciting and unexpected new characters, overcoming opposition and competitive team battles. Rush Wars is a casual game for everyone to enjoy, but it offers the depth and challenge competitive gamers crave as they rise through the ranks. No hours were wasted designing and changing defensive bases, nor long waiting times to prepare your troops for battle. So start assembling your kick squad and rush into battle today!

• Join a TEAM or start your own with friends

• Collect commanders with special abilities to lead your squad into battle

WATCH! Rush Wars is free to download and play, however some game items can also be purchased for real money. If you don't want to use this feature, please disable in-app purchases in your device's settings. Also, according to our Terms of Service and Privacy Policy, you must be at least 13 years of age to play or download Rush Wars.

A network connection is also required.

The procedure to download and play Rush Wars on Android is the same as that used in Brawl Stars. The same! We downloaded the APK directly from Google Play in Canada.

The only difference is that in the end, instead of searching for “Brawl Stars”, you will search for “Rush Wars” on Google Play Canada.

See how to download games from other Google Plays here.