Rush Rally Origins is a new top-down Rally racing game coming this week for Android, IOS and Nintendo Switch. The game is one of three games in the series available for download on the Play Store and App Store. Paid and offline, Origins is a remastered version of the first game.

The new mobile racing game features 36 levels, with "highly praised graphics and physics from Rush Rally 3," according to the game's page. Rush Rally Origins has a Spanish language.

Inspired by rally racing and developed by Brownmonster Limited, Rush Rally Origins recently appeared on Android, IOS and Nintendo Switch devices. In this article, we've broken down everything you need to know about the new Rush Rally series paid-to-play game. 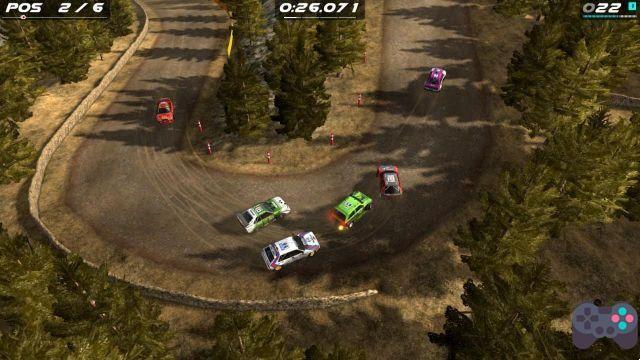 Rush Rally Origins arrives at the Play Store and App Store supporting 60FPS, and can reach up to 144FPS according to tests by the Android Police website. In addition, the game has a system for gripping the car with the terrain, which changes according to the type of surface and which can be noticed by the player.

The game also has a climate cycle, making the game more real and immersive. As said before, Rush Rally Origins has a top down view and the option of two cameras for the player during the race: one behind the car and one in front with a more cinematic view.

Check out a gameplay of the game:

There are three player accessible modes present, Time Trial, Championship and Race. In the first mode, the player competes solo against time, in the second, you face the AI ​​(Artificial Intelligence) in classic races and finally, the Championship mode is several races in a row against the AI.

The game has a global online leaderboard and offers updates for 4 types of cars available, which, like the tracks, must be unlocked by playing over and over again.

In terms of player ratings on the Play Store, Rush Rally Origins has a rating of 4.6/5 stars out of 83 reviews. The most impressive thing is that of the 83 reviews, only 5 are not top marks, four of them 4 stars and one review with 1 star.

On the App Store, the game only has a 5-star rating. 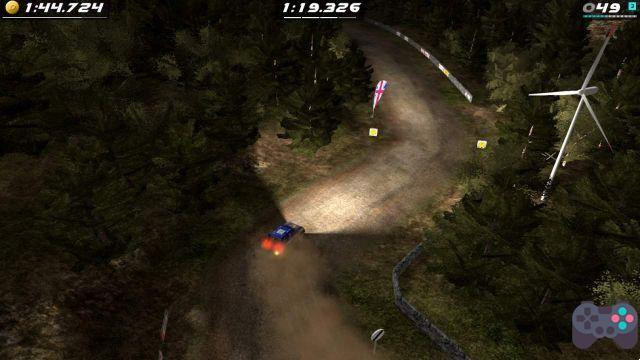 According to the game's Play Store page, to play Rush Rally Origins you will need an Android 5.0 device or higher and device space for 112 MB.

Unfortunately, the game is not free, however, there are no ads or in-app purchases. Paid, played, and played offline! Check out Rush Rally Origins prices on all three platforms: