Who doesn't miss the time when offline mobile games were all the rage? Pursuing this incredible nostalgia, indie studio Pixel Panic has brought a new online adventure for gamers and fans of a good old 2D action platformer. 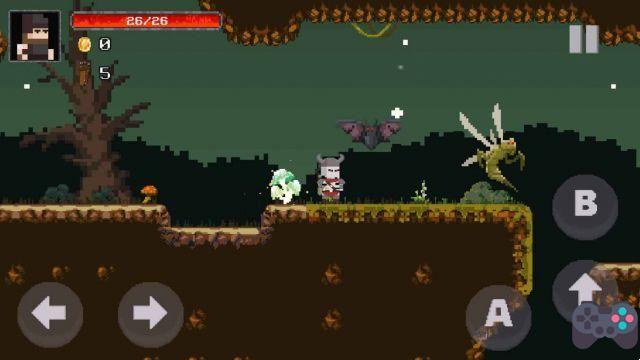 Rune Sword: Action Platformer is not only an adventure, but it is also the first game from Polish developer Pixel Panic, formed by 2 members. The game brings an air of classic offline games involving us in the story of heroes roaming the lands of Rune Sword.

The main features range from 24 levels divided into three worlds with a total of three bosses, different weapons, skins (including a Round 6 themed skin), rune strengthening system, enemies with different AIs, control customization and many others. elements. Check out the announcement trailer below:

The game was moderately received by players, according to information and reviews from the Rune Sword page on Google Play. The game currently has 200 reviews and an average rating of 3,9/5 stars. In the reviews, some users criticized some elements present in the game.

According to one user, “the game crashes a lot” and it is necessary to see an advertisement to perform the checkpoint, however, there is not always advertising, which forces players to reset the game from scratch. Another user complained about controller lag, which can be a big problem for gameplay.

Rune Sword: Action Platformer was announced in August of this year and is now available to download and play on Android devices via Google Play. Unfortunately, it is not known for sure about a release for iOS devices, but we will let you know about any new information from the developers.

RuneScape Mobile is celebrating its first year with many rewards ❯