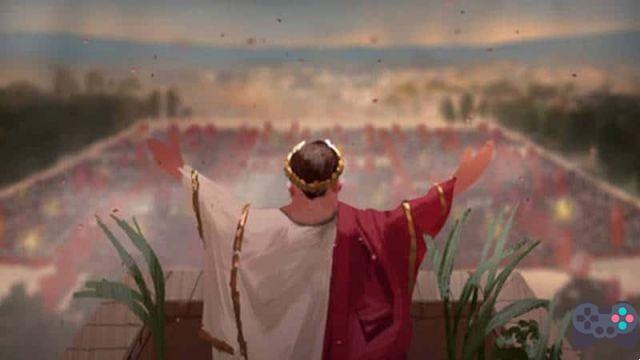 After the success of Stronghold Kingdoms, with over six million players signing up for Firefly's MMO debut, prototyping began on a spiritual successor that would become Romans: Age of Caesar. Building on the legacy of Roman simulator games, Firefly has developed an online city builder with thousands of players working together to rebuild the great cities of Rome. The result is a shared world builder that returns to classic Roman set designer Simon Bradbury and producer Eric Ouellette made his name before founding Firefly Studios in 1999.

Offering classic city-building gameplay on an online continent, Romans: Age of Caesar allows players to create and trade with everyone on the same map. With up to 16 players per city, governors must rebuild Rome, sharing resources, re-establishing trade routes and protecting each other from barbarian invasion. Work with fellow governors to rebuild Rome's great cities, revive the republic and restore the Roman Empire to its former glory!

Scheduled to release on PC and mobile in 2019, Romans: Age of Caesar is currently in closed alpha with players able to pre-register on the game's official website:


Author of the Article: Lucas, Owner of the Nerd Descolado Page

Rome: Total War will also be released on Android ❯