Hi-Rez has made a website available for players to sign up for the closed beta test of Rogue Company Mobile. Pre-registration is global.

It is not “fake” pre-registration on Tap Tap. This is the official website of the game's producer. 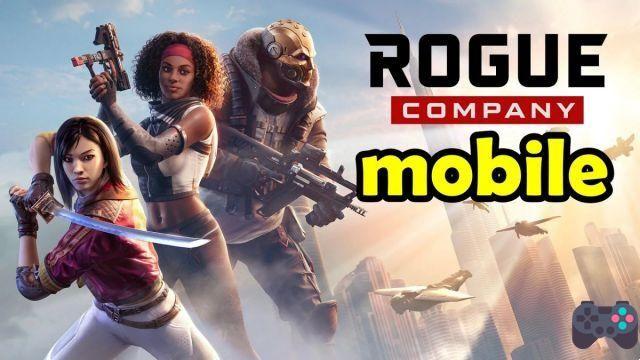 After almost a year of waiting, Rogue Company is showing signs of life. Could it be the recent announcements of Apex Legends and COD Warzone mobile?

This is the first announcement after the company first revealed the mobile version in August 2021.

The First Watch team is hard at work developing a standalone Rogue Company experience built from the ground up for mobile platforms.

We're still in the early stages of development, but we wanted to get an early look at what we're working on. We look forward to receiving player feedback and gathering technical information on how the game is performing. This is your chance to help us shape the future of this amazing new game.

The game had previously announced an open beta test for players who log in using the Verizon network with a reward as part of the deal.

A few months later, starting from open beta testing, the team at Rogue Company announced a round of testing with an emphasis on iOS. This time, the beta test will also include Android.

Rogue Company is one of those games that I always thought would come out on mobile at one time or another. The game arrived on the Nintendo Switch at launch. It even took a while for Hi-Rez to announce the mobile version in 2021.

The fact that the game is in third person is also another attraction. Many players like to play by seeing their character.


Rogue Company has different modes including Extraction, Demolition and Strikeout, all objective-based 4v4 game modes. Wingman is a 2v2 based game mode similar to Strikeout with in-game characters called Rogues that will be 20 initially and should be increased in the future.