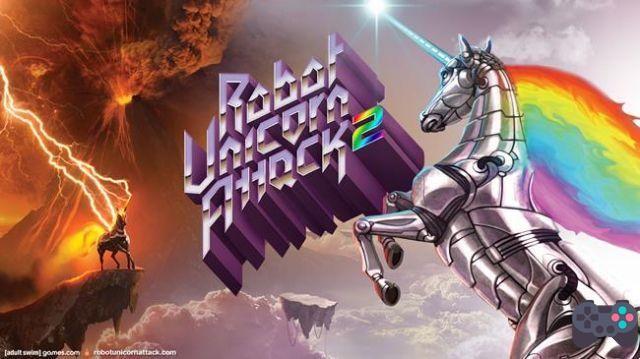 One of the weirdest, funniest and most embarrassing games to play is Robot Unicorn Attack 2. The endless running game with a cute unicorn listening to 90's music has just arrived on Android and é free of charge. The game had been out for iPhone and iPad.

The second version of the game has crystal clear graphics and fluid animations. Now there are several unicorns to play and during the game you can choose between one of the “Rainbow” or “Hell” sides, in an online dispute to see who gets the most points. The winning side will be rewarded with many bonuses. 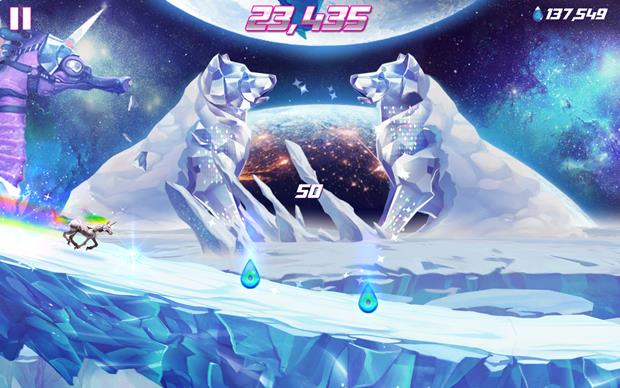 Robot Unicorn Attack 2 is all in Spanish and it's free, the game only weighs 48MB.

This time, the creators choose to offer the game for free on the free-to-play system and it is possible to play a lot without paying a penny. Really the only thing I spent was when I bought the songs, which complement a good part of the fun of the game and are worth the investment.

Songs such as “Always” by Erasure and “Battlefield” by Blind Guardian could not be missing, but news are on account of the music from the movie “An Endless Story” (1984) and others. As you can see this game breathes nostalgia.

For this second version, Adult Swim, the game's producer, added the Power-ups system. Now, unicorns can fly, if they have wings, but only from a certain distance. The mane, tail, horn and the "trail" left by the unicorn can also be modified and promote changes in gameplay allowing for better attacks and jumps.


Robot Unicorn Attack 2 also marks the debut of various types of unicorns. There are 6 types that range from the epic MK II, through the satanic Iron Pegasus to a cute pink unicorn.

Robot Unicorn Attack 2 is that addictive and fun and at the same time embarrassing game, because it will easily make you sing “Always” around, or wonder why the world is not so colorful and fantasy.