Ristar: classic Mega Drive game can now be downloaded for free on Android and iPhone 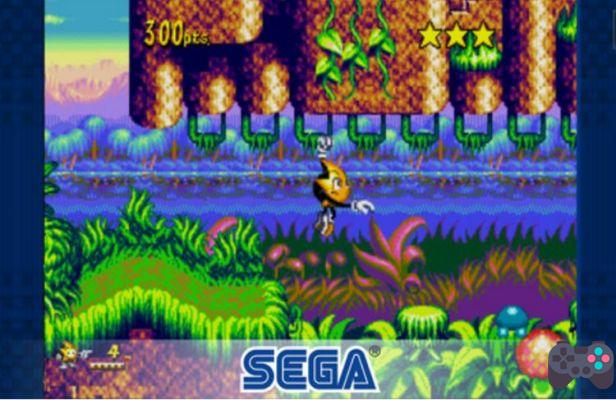 Sega made available for free this Thursday (10) the classic Mega Drive Game "Ristar" for iPhone, iPad and cell phones and tablets with Android. S promotion participantEGA Forever, the game can be downloaded for free, however, you must have internet to play.

Released at the end of the Mega Drive's life cycle, in 1995, Ristar is well known by SEGA fans for using graphics very similar to those of Sonic 3. The gameplay, however, is a little different.

Ristar is a platform game in which your character uses elastic arms and legs, which he uses to access places and hit his enemies. A simple and fun platformer.

Fortunately, SEGA decided to listen to its audience and released the game with an acceptable frame-per-second quality. Unlike The Revenge of Shinobi, Comix Zone, Kid Chameleon and Altered Beast, Ristar is more "playable" and on top of that it supports bluetooth controls.

“Galactic tyrant Kaiser Greedy has enslaved the Valdi star system. The leaders of the planets have been brainwashed, and only you, Ristar, can free them. Use Ristar's extendable arms to swing, climb, fight and move across six planets across the galaxy and end Greedy's rule!

add a comment of Ristar: classic Mega Drive game can now be downloaded for free on Android and iPhone