Rise of Stars: New NFT Game Has a Disastrous Launch But for Good Reason

Rise of Stars, Wemade's new game that will have Play to Earn elements and NFT items has just been released and is already up and running. Correction, it was supposed to work. The game's launch was a tremendous success and congested not only the game's servers, but also Wemade's blockchain network. 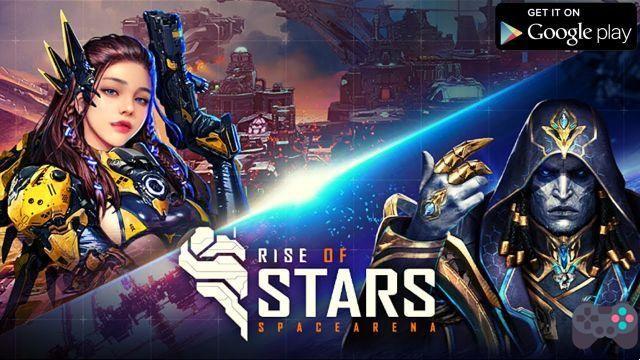 With versions for Android, iOS and PC, Rise of Stars is a space-themed strategy game. Unlike MIR4 which has a main focus on gameplay, Rise of Stars will focus more on the game economy and Play to Earn.

The main objectives of the game will be to assemble a fleet to mine in distant planets. This is very reminiscent of an NFT game that was quite successful, but has already “failed”. Of course I'm talking about CryptoMines.

It remains to be seen whether Wemade will really know how to manage the economy of this new game. The company is doing a good job with MIR4.

Rise of Stars is completely free to start. No upfront investment is required to start playing.

You don't need to make any exchange account, you can just download the game directly from Google Play, App Store and Steam, mine the game's crypto and leave it to "withdraw" your money later.

The main cryptocurrency in the game is SILTHEREUM.

As with other Wemade games, the company uses its own (centralized) network to prevent hacking attacks and contract xploits. But it is possible to exchange the game’s cryptocurrency for Wemix and in turn trade in other cryptocurrencies.

As we always say. NFT games are not for you to become a millionaire. Do not enter in a “hasty” way in this type of game. The most you will get is to earn extra money and this is already a good size for those who do not have any income. It is worth remembering that this is not an investment tip in any way.

LEGAL NOTICE: Everything written in this article NOT AN INVESTMENT RECOMMENDATION. I am not a financial advisor nor do I intend to be. I'm just sharing my knowledge and opinions about Crypto Games/NFTs or anything related to this universe.

Ristar: classic Mega Drive game can now be downloaded for free on Android and iPhone ❯

add a comment of Rise of Stars: New NFT Game Has a Disastrous Launch But for Good Reason