Ride Out Heroes celebrates its first anniversary and 10 million downloads 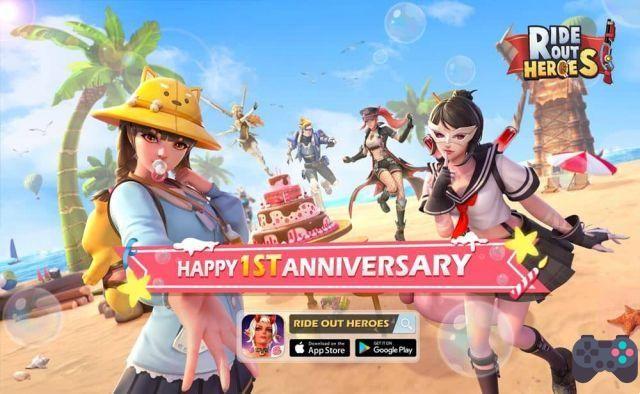 Ride Out Heroes, the first game multi-class fantasy and battle royale da NetEase Games, is celebrating the first anniversary. A Bash and various limited events will be available during the occasion. The game has reached 10 million downloads worldwide, but currently struggles to stay relevant.

Featuring heroes that utilize a combination of fantastic abilities and weapons, Ride Out Heroes offers a new and different experience in terms of Battle Royale. So new, that maybe it didn't fall into the public's taste. Many players have tried Ride Out Heroes, it's true, but these days, it struggles to grow its player base and monthly downloads.

The NetEase game is very reminiscent of Realm Royale, a PC title that was relatively successful at the height of the “Battle Royale race” in 2018. Currently, the success of Realm Royale has cooled and it seems that the same has happened with Ride Out Heroes.

But NetEase seems to be Brazuca and never gives up. The Chinese producer has prepared several news for this launch anniversary. Check out:

Season 5 also starts with this new version and all players participating in the rankings will receive season rewards according to their tier. Upon reaching the ranks of King, Lord and Templar, players earn diamonds and the season-exclusive Snow Queen – Beach Party skin. Additionally, by participating in the supply draw, players will have a chance to win the following exclusive skins: Robin – Gothic Doll, White Earp – Ruler of the Wastes, Golden Mount – King Eternal Wolf, and Nightmare of Purgatory.

To celebrate its first anniversary, the Ride Out Heroes team has organized a number of phenomenal events and rewards for players. When logging into the game during the anniversary, players get a free permanent hero: the Champion of the Underworld – Chaos. Plus, the game rewards daily entry with pretty generous prizes like diamonds, fixed energy, and more!

Another successful event is the “Recruit Friends” to Earn Rewards. All participation will be rewarded. Players have great chances to win spectacular prizes when recruiting new friends for Ride Out Heroes, such as exclusive mount skins, loads of free tokens and much more. New players who join the game with the invite code get a random gift pack worth $5 to $50 USD.


More bonus events and lotteries will take place during the anniversary month. Follow the official Ride Out Heroes Facebook page.

People Spent $2 Billion on Battle Royales on Mobile (So Far)


Ride Out Heroes is available for Android, iOS and Windows 10. Check the download links below.