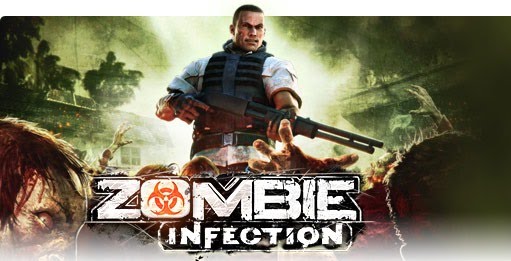 Gameloft's “Resident Evil” for iPhone debuted on the App Store in May of last year. The game was supposed to be a sequel to Zombie Infection for regular cell phones. However, Gameloft made some strange decisions that compromised what was supposed to be an excellent game.

The first Zombie Infection for regular phones (Java) is an exceptional game, one of the best ever made for the tired Java ME platform. The first game in the franchise, despite having clear similarities to Resident Evil, has its own charm, thanks in part to more frequent action and a story that, despite being cliché, does not go unnoticed.

The problems start precisely because the first game was very good.

The first oddity found are the names of the characters. Anderson is now Sharpe and Shawna is Alex. The Mike character has disappeared.

For those who haven't played the first game, the iPhone version looks like a pseudo-clone of Resident Evil 5. The camera is positioned above the character's shoulder, as in the last games in the series (Resident Evil).

It was the first time Gameloft had devised the commands that would be standard in its third and first person games. The combination of commands is really good and makes movement very easy, it's no wonder that Gameloft adopted the controls in its other TPS and FPS games. The graphics, despite not looking like much, fulfill their role and do not disappoint.

In terms of audio, however, the game has several problems. The surround effect wasn't worked well and when a zombie speaks (or grunts), you feel like he's talking on your "shoulder", this makes you constantly look back with the character, hoping that some zombie is behind me , when in fact, he is far away or in front of me.

Another flaw in the sound part is related to the timing of the grunts and sounds emitted by the zombies and animals. Even after dead or with their heads blown off, they continue to emit sounds, the result is quite strange.

Speaking of zombies, there's a funny feature of the game. Perhaps, Zombie Infection is the first zombie game set in Spain, the funny and unusual part is that the zombies speak in clear spanish phrases like: “time for the float, I'm going to eat you, food!!!!”


During the fight against this giant frog (pictured below) one of the things that bothered me was the fact that you can only hit the monster's gingivitis if you're on the right platform. Anywhere else you get it right, but it doesn't work. 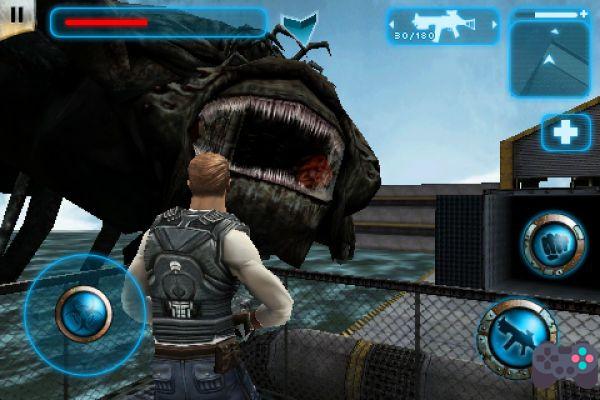 In terms of difficulty, the game is pretty easy. It also has a Survival mode that works as a casual distraction and helps to prolong the life of the game.

Overall Zombie infection is not a bad game, it's a good "afternoon section". The story doesn't matter, what keeps you in the game is the action and the hilarious lines of the zombies. Gameloft erred in wanting to make the game too similar to Resident Evil 5, which spoiled what could have been a great sequel, as the first game was so good.