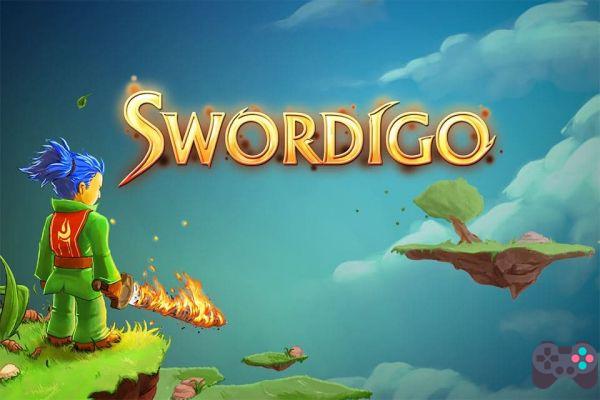 Swordigo is a classic 3D action game with 2D gameplay that mixes platform and RPG elements. more than that, is a masterpiece of simplicity. The game was originally released for Android and iOS in 2012. We have already commented on it in our free games post, but we have never dedicated an opinion article about this great game.

Released by Touch Foo as a free to download and play game, Swordigo is a side-scrolling game with elements from games like Zelda II: The Adventure of Link, Metroid, and Castlevania: Symphony of the Night.

The player takes on the role of a young boy, apprentice swordsman. His mission will be to follow in the footsteps of his mentor, who lost the fight to evil, but left a mission that must be completed by the young man.

Swordigo's look dates back to 2012. Despite being basic for the present day, the game's graphics are consistent with the reality of that year's intermediate devices. Simple but functional 3D graphics.

Swordigo follows the formula of classic games. This formula ironically, many people will identify in games that were released after Swordigo. Want examples? Sword of Xolan.

With the basic set of commands to move the character, Swordigo brings precise controls and gameplay that will depend on the player's skill. Some challenges are easy, some are not. But commanding the character only through the touch screen is no problem, even for experienced players.

The protagonist starts with just a wooden sword and weak magic. As the player progresses, it will be possible to unlock weapons, armor and spells that allow access to new scenarios. “Oh, but I bet all this is paid for”… Wrong! Everything you will buy in the game depends only on crystals scattered around the scenario. Nothing in Swordigo is insanely expensive.

– Simplicity that should be the rule in Android games

There are no exorbitant in-app purchases. There is only one purchase to remove the ads, to acquire an objective guide (the compass) and a final purchase to double the amount of crystals earned. Each purchase costs a measly BRL 4,57 reais, and disables ads. The advertising present in the game is the least intrusive possible. In fact, advertisements do not appear most of the time.

The highlight of the game is the level design. The stages are interconnected and full of paths. What starts out simple and silly, then comes a giant map. In this world of Swordigo, it is necessary to access portals to be able to walk better between the scenarios and discover all the secrets (and they are not few).

– Swordigo is NOT just another Android game

This isn't just another Android game, it's a game design class. The simple look contrasts with a well thought out challenge. The stages are very well constructed and an invitation to explore.


Nothing in the game is obvious (unless you buy the compass). It takes a while to figure out where to go exactly. In Swordigo, it is possible to find several paths that lead to several different stages. The game is not just about going to the right.

– Classic from “Word of Mouth”

Swordigo was successful on Android and iOS without any kind of marketing mega production or help from the tech giants. The quality of the game was spread in the good old propaganda of Boca a Boca. Users were spreading the news on forums and quickly the game was among the most downloaded.

As it is not a casual game – it looks more like a console game – the game has never remained at the top of any of the stores, but it easily ranks among the most memorable recent games on the mobile platform.

A truly free game that calls attention for the quality of the gameplay. Don't mind the plain look and bad textures. Swordigo's biggest highlight is its old-fashioned adventure feel. Something that is lacking in current games. A Swordigo 2 could happen. Everything will depend on the producer Touch foo.