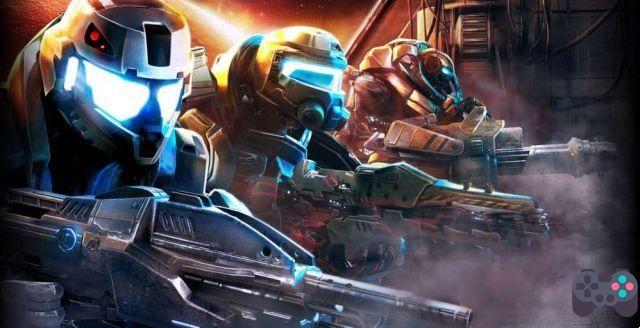 Released in 2010, Near Orbit Vanguard Alliance (NOVA), was rated by several sites as a clone of HALO for iPhone (first platform for which the game was released). To be honest, I believe that this is the Gameloft game that least “copies” any other for console or PC in particular, precisely because it resembles all the futuristic FPS ever released. In its essence NOVA reminded me of the first 3D shooters for PC and that, for me, was synonymous with nostalgia mixed with lots of fun.

As the Earth is no longer capable of supporting life, artificial satellites called near-orbits were built for people to live on. Humanity now begins an aggressive colonization campaign across the galaxy in a struggle to survive. To protect themselves, the “orbitals”, as the inhabitants of space are called, banded together to form NOVA, Near Orbital Vanguard Alliance.

Now, a strange threat has emerged from the darkness of space. A Marine ship, reported missing just a week ago, has suddenly reappeared on a collision course with one of the orbiter's colonies, ignoring all communications.

Against his will, retired hero Kal Wardin is forced to return to active service by NOVA to infiltrate the ship. But neither Kal nor NOVA could have anticipated the full scale of the threat that would be hiding aboard, and how far Kal would have to go to prevent the extermination of humanity.

The beginning of Captain Kal Wardin's adventure seems a bit cliché. In the near future, Earth is under attack by an alien race called the Xenos. For this work they call the “best man”, all in the best “Rambo” style. The impression of the plot and the acting of Wardin's voice actor is not very good, however, in the beginning, what holds are the graphics and the fluid and sweet as honey gameplay. Undoubtedly, NOVA has one of the best controls and command set on touchscreens. Captain Wardin and his unit use special clothing capable of recovering their energy, a factor that makes the gameplay of this game very dynamic and very fun. 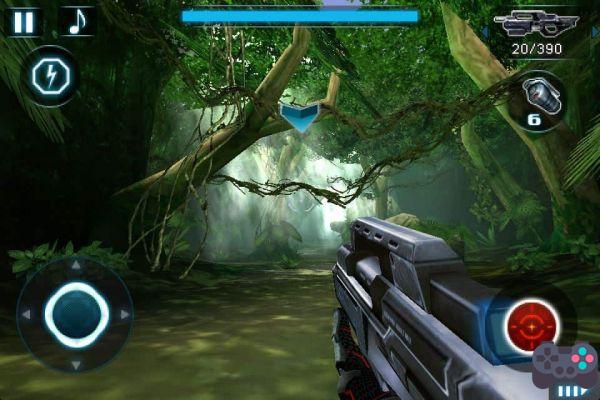 Featuring high definition graphics and running incredibly smooth on various smartphone models, it would be very strange if this game didn't succeed.

NOVA has 12 action-packed stages (tutorial doesn't count for me!). Despite the somewhat repetitive enemies and the few bosses (only 2) it is in the set and finish that the game convinces. One of the highlights of the game, in my opinion, are the puzzles to open boxes with ammo and items. 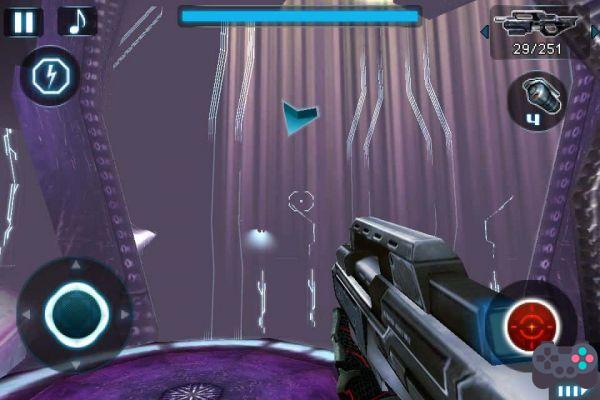 I felt inside the world of TRON

The game's soundtrack is a staple in mobile gaming. Very striking and impactful, the songs give the tone that we are in a futuristic adventure ala TRON (the Enlightment level leaves this impression). I can't help but comment on the “Falling Into Paradise” stages 1 and 2, an excellent job of game design and 3D modeling, simple and beautiful.

I finished the game in all modes and I could see that the difficulty itself does not change. The only noticeable difference was the delay for the energy bar to regenerate. A warning to anyone who wants to do "speed runs" - be careful not to leave any enemies behind - because, in some moments, it is only possible to continue after killing all the monsters.

The Online and Offline Multiplayer mode was a pleasant surprise at the time and if it didn't have the limitation for only 4 opponents, this game would be a serious competitor of its sequel (NEW 2, I'll review it soon). It's still a lot of fun to play its online multiplayer mode. The energy does not regenerate like in campaign mode, but on the other hand, there is no time limitation for disputes, people can enter and leave the arena in a good way. And the best: there are always people playing. The multiplayer mode still has extra items such as one that increases life and another that increases the damage caused by weapons. I was surprised by the low connection speed requirement of the online mode, I tested it on a connection of only 300kbps and there was no lag.

As not everything is flowers, in campaign mode, the Artificial Intelligence of enemies is very stupid, to the point that enemies "run away" from you thinking you are somewhere else. Other than that, this is one of Gameloft's best works, as the game's finish is very good and you can see how polished it is (compared to the company's most recent games).

Review: Oxenfree is one of the best mobile adventure games of 2017 ❯