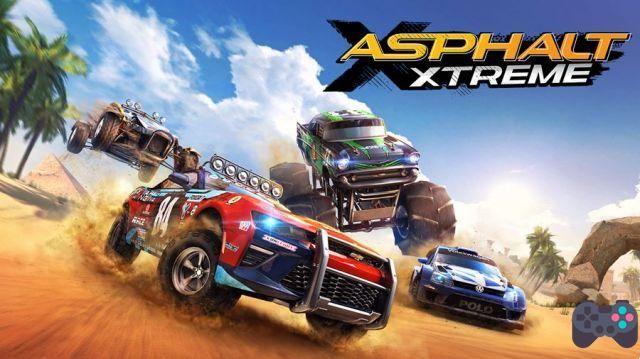 Asphalt xtreme, finally a great release of the Gameloft em 2016. But will it? With few scenarios and a lot of repetition, Asphalt Xtreme doesn't feel like an evolution compared to Asphalt 8. See the analysis.

I wrote this in “First Impressions”, but I'll repeat it. There's nothing groundbreaking about Asphalt Xtreme. It's the same graphics as Asphalt 8, with perhaps less optimization for Metal and Vulkan graphics technologies. I would even say that the game uses the same engine as the previous game.

The new title, however, caught the attention of players, for being very well optimized for weak and medium cell phones. In this, Asphalt Xtreme is a 10. The game runs smoothly – and in terms of visuals – there is not much difference when running the game on midrange and high-end smartphones.

There are several videos on the internet comparing the two games, but I haven't seen any that do a fair comparison. Because most, either put Asphalt 8 with graphics on medium (without Metal/Vulkan), or put Asphalt Xtreme with maximum visual, but without showing screen shaders.

The game's scenarios are much more colorful than Asphalt 8 and that draws attention. There are locations that are rare in previous games in the series such as stages on the beach, forest and even the middle of a glacier.


However, the great initial impression goes down the drain with the few scenarios present on the release date.

In the first half hour, Asphalt Xtreme is an impressive game. The cars are very beautiful and the stages are full of ramps with varied terrain, which influence the performance of each car.

There are 35 cars in total, divided into 7 categories: Monster Truck, Pick-ups, Muscle Car, Buggy, Rally Car, SUV and Trucks. The design of the vehicles is very neat.

It is a pleasant surprise to know that it is not only in the variation of speed, sprint and handling that the cars differ. Some vehicles are better on certain terrains and monster cars can destroy obstacles that are indestructible to other vehicles.

However, after a few minutes, it's easy to see that the game falls into a repetition of scenarios. There are hundreds of races, but they take place on only 6 tracks.

A novelty in the direction of Asphalt Xtreme, is the way the player can release nitro. In this game, there is a slower burn option, which is activated by touching the screen at the moment when the red indicator is present. The result is longer Nitro life. But nothing too long. Nitro doesn't help, for example, if your car is in a quagmire and you're in a small vehicle.

Between hits and misses, it seems that Asphalt Xtreme is a “skin” of Asphalt 8. There are more jumps and the need to blow up enemies is not as latent as in the previous game. However, it lacked innovation to consider the game a true sequel.

Among the game modes, Multiplayer stands out immediately, which thanks to the variation in the size of the cars, makes the game much more interesting. It is available for up to 8 players. However, races are very short and the lobby constantly throws you out. This happens because there are few players online or because the game doesn't know how to gather them in the same race quickly, you'll understand. 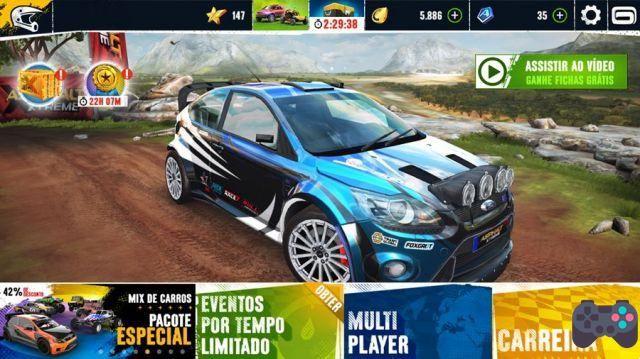 In career mode, there are two options: Series and Mastery. Let's summarize the Series as if they were the normal mode. You go from Novice to Master level. The Mastery option is a little more interesting, as it starts to make things a little more difficult.

Part of the players' empathy for Asphalt Xtreme comes from the ease of the game. Starting Career mode is ridiculously easy. You get dozens of car parts that can be used to improve your vehicle. However, as you can see in the next item, Gameloft exaggerated a little (not to say a lot) in how elaborate and expensive these upgrades are.

Gameloft has a policy of not advertising games from other publishers in their latest games. Therefore, Asphalt Xtreme is almost ad-free. When playing, you only see advertisements for items to buy in-game.


The micro-transaction system is broken down into two virtual currencies: golden coins and blue tokens. Golden coins can be used to upgrade cars and change oil. That last one is Gameloft's excuse not to say that the game has a power limiter (but it does!). 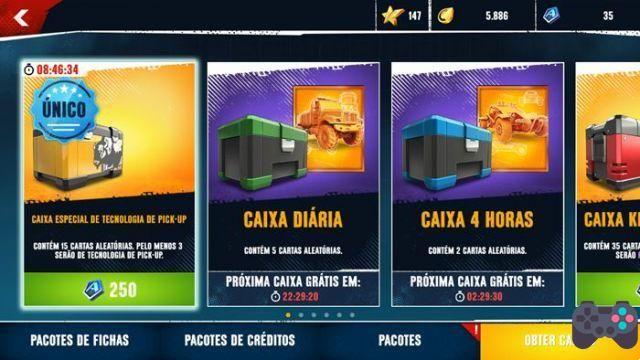 However, the middle finger towards the player is the equipment boxes. This “cancer” that started in Modern Combat is now present in literally every game of the company. Crates function as item packs. Instead of buying a specific item, you buy the ability to take that item. And it is in this possibility that Gameloft throws the progression of Asphalt Extreme there for the fifth of hell.

It will literally take 6 months to “finish” a game, which has only 6 tracks. Just the time Gameloft needs to add more content like, y'know, new tracks.

But anyway, it is worth remembering that the proposal of Asphalt Xtreme is this, to be an arcade and casual game. It's not a hardcore title to dive into and try to beat with great satisfaction. However, the fact that the game is online only and highly monetized leaves a bad impression even on the casual gamer.

Asphalt Xtreme has what it takes to be a successful game. However, the repetitive scenarios and the blatant monetization of simple elements such as car upgrades, make the game boring after a short time. The only big draw after a few weeks of playing is the multiplayer mode.