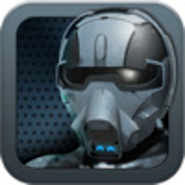 Archetype is a futuristic FPS (First Person Shooter) where there is no campaign mode, only online multiplayer mode or via local Wifi.

Costing a measly 99 cents, it's the ideal choice for anyone looking for a cheap “Counter Strike” for iPhone (and iPad). But is the game worth the time investment? Yes, time, because money is certainly worth it, after all the game is very cheap.

When starting the game, we are presented with a cut scene that tries to explain the game's history a little. It doesn't matter, after all, it's all about going out with bullets.

The commands are simple and in a way, even automated. There are two analog pads to control the character. The shot is automatic and he fires whenever an enemy passes through the crosshairs, but you can shoot your teammate too (if he's not helping at all). 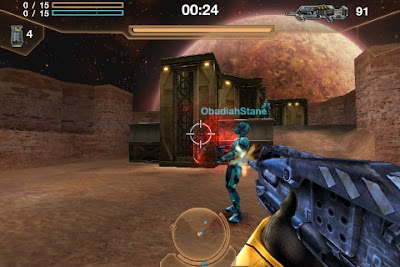 Playing online is always a pleasure

The game is pretty fun at first, but over time problems arise. The first, the few arena selection options. The second, few customization options.

However, one of the positive points of the game is its balance to form a battle. you only face users who are more or less at your level. Avoiding unfair situations like those faced in Modern Combat 2 multiplayer.

Archetype is fun and cheap, it's impossible not to get excited about an online game, with fluid controls and lots of people to play. However, the producer failed to fill the game with options since multiplayer is the only mode in the game.