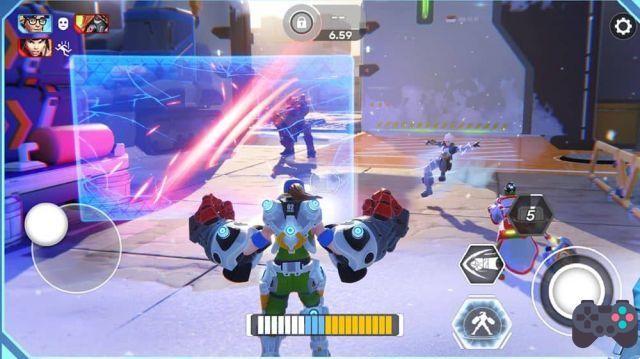 Respawnables heroes is a multiplayer action shooter game developed by Digital Legends. The game with a visual reminiscent of Overwatch features 4v4 combat in small arenas. Already released iOS in March, the game is in “early access” on Android.

Respawnables Heroes is available on Google Play in Spain and you can download and play directly from the store.

With "Hero Shooter" style gameplay, Respawnables Heroes puts players to fight in small arenas where teamwork will be essential. Despite the visuals reminiscent of Fortnite, the gameplay is entirely Overwatch-style, but with a third-person view.

Each character, that is, each hero has a role to play so that the team can win the match. The character design is very creative and dynamic.

Interestingly, despite this “gap” on mobile, Hero Shooter games tend to skate on mobile, and Respawnables Heroes has been no different. The game, first released on iOS, has not been doing well in reviews and public acceptance. The game is good, but strangely this type of gameplay has not yet “gone viral” on mobile phones. What is a shame.

Rest in Pieces is a MACABRO Runner for Android and iOS ❯