Redmi 10C: The Best Smartphone in the BRL 600 Range

Xiaomi Redmi 10c is the cheapest smartphone that offers minimal performance for everyday activities and even games. The phone comes with a Snapdragon 680 processor, 4 GB of RAM and versions with 64 GB of internal space or 128 GB. 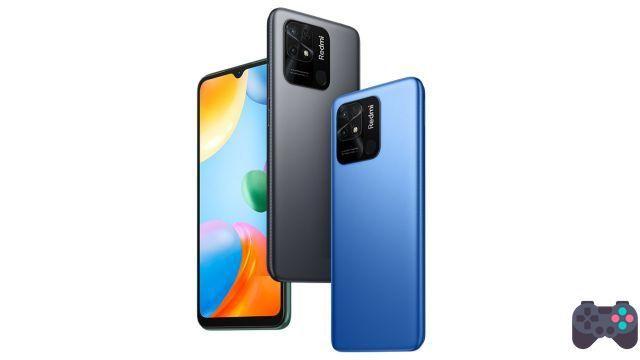 In a launch offer on Aliexpress, the Redmi 10C can be purchased at a promotional price of R$ 620 reais when using the coupon: farofa45 .

Here's how to do it:

When using the coupon farofa45, he will stay for BRL 620 reais.

Xiaomi did it again. The Chinese manufacturer has accomplished quite a feat with the Redmi 10C.

The smartphone arrives to be the cheapest device of the brand. It delivers a lot of features and robust specs (for its price range).

There is no way to compare the Redmi 10C with any national smartphone and even some imported ones that usually use weaker chipsets, this time Xiaomi was right.

The Redmi 10C comes equipped with Snapdragon 680 (the same as the Redmi Note 11), a mid-range processor. The amount of RAM memory is also ideal for an entry-level device, but is it good for games?

The Xiaomi Redmi 10C easily runs most games on Google Play and also does well in emulating light systems and even some more advanced ones like PSP and Game Cube.

Games that you will be able to run “good” on the Redmi 10C:

Redmi 10C is very good for not very demanding games. It also does well with heavy games as long as the user puts the settings on medium or low.

For those who are low on money and just want one cheap smartphone for gamesthe Xiaomi Redmi 10C is ideal, because it allies performance at a very low cost.

You will hardly find a smartphone so cheap in Spain that can run games like it.

One of the great attractions of the smartphone is its giant battery of 5.000 mAh. As it does not have a fast refresh rate, the battery of this smartphone usually lasts more than a day of moderate use.

Another plus is for music lovers who don't want to give up the 3.5mm plug. Redmi 10C retains the plug for standard headphones.

The Redmi 10C does well with just two cameras, but that combined do the trick.

The main sensor is monstrous for an entry-level smartphone. There are 50 Megapixels available to the user.

However, the smartphone does not have an ultra-wide camera and not even a decent front. The front camera is only 5 MP.

That puts the Redmi 10C as a smartphone for those who don't want to take hard-working photos, but hope to grab their phone and snap a photo or shoot quickly. Which will be easy thanks to the fast processor. If you use GCAM it is possible to take more advantage of the set of cameras.

Despite having a gigantic screen and a powerful processor, it's worth remembering that the Redmi 10C's focus is not to be a super gaming smartphone, so don't expect fast screen refresh rates (only the default 60 Hz) and don't even expect it. run very heavy games with the “ultra” setting.

In the case of the Redmi 10C, Xiaomi reduced the screen resolution to “only”, 720 x 1650 pixels. A smart decision, as the smartphone's focus is on “general use” (photos, social media and light gaming). With that, the Redmi 10C faces up to a day and a half of intense use.

For the gang who like to use extra storage, Redmi 10C supports up to 1TB cards that can be combined with the device's internal space.

The Redmi 10C comes in 3 colors: Blue, Green and Graphite. Remember that the value in the range of R$ 600 reais is only promotional in the Topmi Store, link below, in other stores the smartphone is more expensive.

NOTE: Every imported product is subject to a tax of up to 60% of the product value + Shipping. When purchasing through the links above, the site receives a small commission.

add a comment of Redmi 10C: The Best Smartphone in the BRL 600 Range