Red Dot: New FPS for Android arrives on May 17 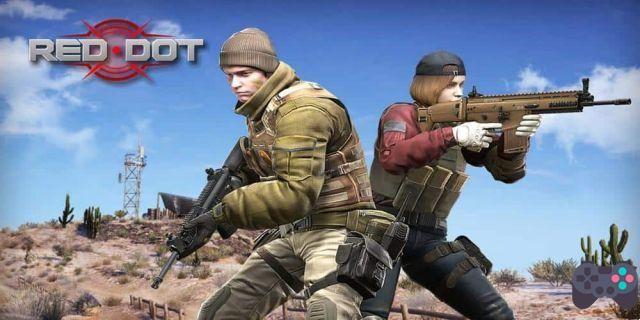 Red Dot is a new shooting game which will be released to Android e iOS coming soon. The game was revealed last year and is being tested in some countries. With similarities between Call of Duty and Counter-Strike, Red Dot arrives May 17th on Android, and on iOS, only in June.

The footprint is very similar to Counter-Strike, however, incorporating larger maps (such as COD) and faster movement. This suggests that the focus of the game will be online multiplayer in Team Death Mach (TDM) mode.

After the game's first beta test, Yang Soo-yeol, CEO of developer OnFace Games, said, “We have gained confidence in entering the global market through this beta test, and we will continue to add content that users. ”

We currently have a lot of shooters on mobile, with the current FPS champion being COD Mobile. Red Dot arrives to try to fill the vacancy of “Counter-Strike Style 2020”. However, it may suffer indirect competition from Battle Royale games, as games of this genre have already incorporated TDM fans with the inclusion of this mode in their games.

add a comment of Red Dot: New FPS for Android arrives on May 17