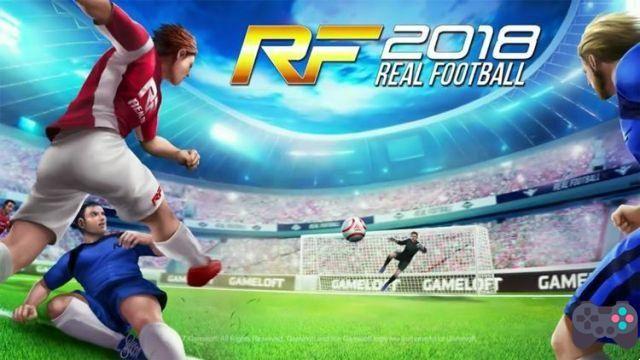 Gameloft has announced a new football game: Real Football 2018 to Android e  Java. A game exactly like the 2017 version, with some essential differences. RF18 is now paid and to download, the player needs to access the Gameloft store (website). In addition, there is also a new multiplayer mode, 5v5. In it, players have fun in an asynchronous championship.

For those who haven't seen the recent versions of Real Football, the game is not in 3D. It is a pseudo-3D with a 2D scenery and athletes in XNUMXD pre-rendered animations. Despite the criticism, this solution makes the game super light, and on small screens it doesn't even bother.

The 2017 version became just Real Football and continue on Google Play. However, Real Football 2018 is exclusive to the Gameloft app store and costs R$ 6,99.

It is worth mentioning that this type of game (light and paid) is very successful in other countries such as Russia and India, where there are still many consumers with very modest Java and Android phones.

However, it is clear that the Real Football project did not go very well on Google Play, despite the huge amount of downloads, and now Gameloft pulls the game back to its “home” as a paid title.

Link to Buy the game on the Gameloft website

– Why the controversy? What did you really expect?

The focus of Real Football 2018 is another audience! The game is for those who have a cell phone with “weak” hardware. Unfortunately for those who still dream of a new RF HD better wake up! RF no longer fights with the top games on the market since 2012.

It's interesting how there are still these Gameloft "widows" who still expect console quality games (not just in graphics, ok Gameloft?) such as the producer did between 2009 and 2013.


Worse than this “useless” controversy is who still uses Gameloft as a thermometer in the mobile market. This production company has already been overtaken by several other “small ones” that are now giants. Gameloft just “follows trends”. It became a “dinosaur” of the mobile gaming sector.

Real Kite is one of the best kite games for Android ❯

add a comment of Real Football 2018 arrives for Android and Java Mobile!