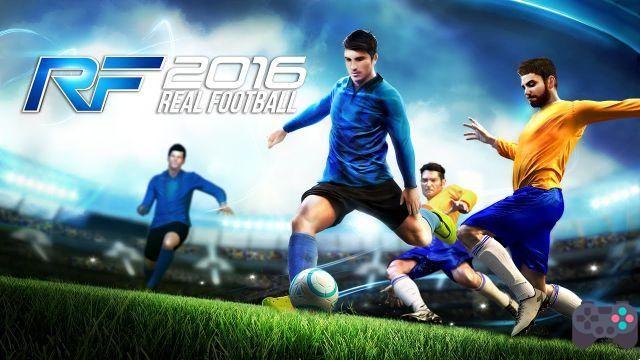 It's been a long time since we heard the name of this game, Real Football will finally come back with Real Football 2016. But maybe not in the way that many think. Despite being absent from smartphones and tablets, Real Football won versions for Java mobile phones from 2004 to 2015.

Apparently, Gameloft will port a Java version to Android smartphones. So don't expect that game with graphics to face FIFA 16.

Build and manage your own dream team of players that you create from dozens of choices. You can even recruit players from your Facebook friends. Then play for the championship, or challenge friends to an online asynchronous social tournament. Your game with customizable controls and the ability to adapt your team formation with one touch, and take direct control of your goalie for a more tactical defense.

Need a quick football fix? Then go head-to-head with a friend in a social penalty shootout mode. However you choose to play, colors are richer, animations are smoother, and details are more realistic than ever before in this 2016 season of the game!

And then? What did you think of the game? Leave your comment!

add a comment of Real Football 2016: Check out the trailer for Gameloft's new football game