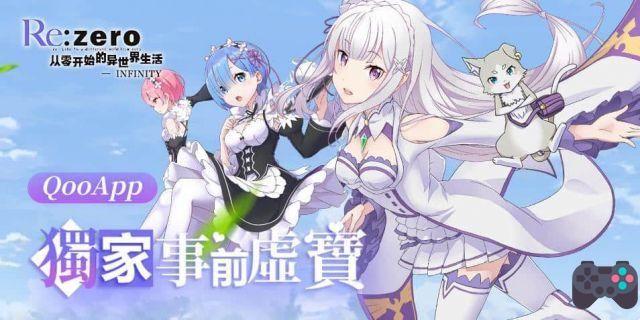 Re: Zero INFINITY it's a new game for Android and iOS. based not anime Re:Zero Kara Hajimeru Isekai Seikatsu (Starting Life in Another World), this mobile online RPG has turn-based combat and beautiful 3D graphics.

the game is in open beta test only on android, which started on the 19th of November and runs until the 10th of December. For now, Re:Zero INFINITY is only available in Chinese and Japanese.

Subaru Natsuki is summoned to the other world. He soon befriends a silver-haired half-elf girl. When he and the girl are mysteriously murdered, Subaru wakes up to find that he has the ability to "Return from Death", allowing him to reverse events, he remembers all the events when he dies, though only he remembers the events of the day before. .

Re: Zero INFINITY is a cardgame with a lot of monetization elements. That typical anime game that everyone must already have a good idea in mind. The main mechanic is turn-based combat with cards.

add a comment of Re: Zero INFINITY: Anime characters in 3D games (APK)