Raziel, “Diablo-style” mobile game will be shutting down soon

It went out! Another game that Youtube mobile made a lot of hype and that will be closed soon. Truth be told, Raziel lasted a long time. The online RPG with gameplay reminiscent of Diablo III was released in the west in 2020 and will end on June 15, 2022. 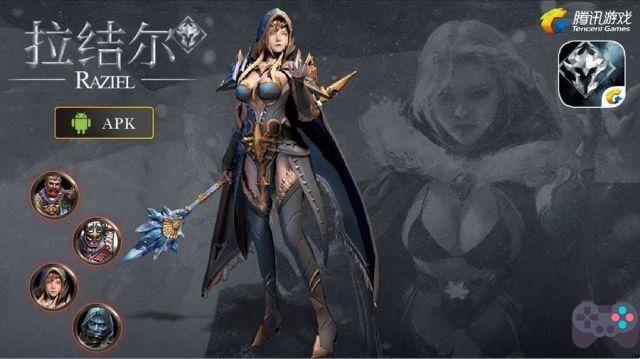 We make that kind of joke, but it's not really funny at all. Always when a game is closed it's a project gone wrong and people can even lose their jobs.

But be warned not to trust the exaggerated hype that mobile Youtubers make with some games, especially in Spain.

Originally released in China in 2019, Raziel drew a lot of attention because of the beautiful graphics and gameplay that resembled that of Diablo III. With the announcement of Diablo Immortal, the hype in the game has been boosted.

Raziel arrived in 2020, ahead of Blizzard's renowned competitor. But it ended up being proof that being “inspired” by something that people expect a lot is not enough to be successful.

Authored by Tencent, Raziel was released in the west by Indrasoft. The game had a lot of potential. Among the complaints from players were the confusing interface, bad progression and many limitations that forced players to spend a lot of money on it.

However, it's not all bad news, as Raziel will initiate trade-in compensation for players with unused game tokens, the title's premium currency. This will allow you to get your money back in any premium currency you've purchased, so at least you won't lose any investments you may have made.

add a comment of Raziel, “Diablo-style” mobile game will be shutting down soon