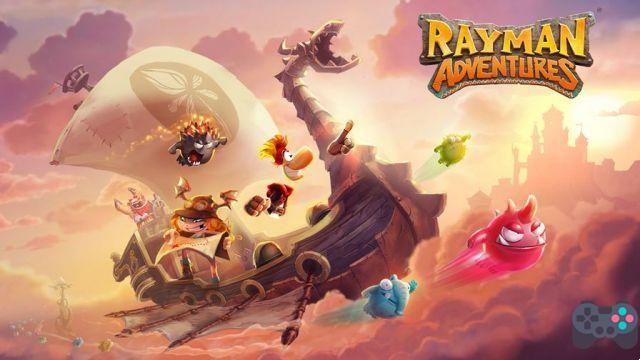 Rayman Adventures is the third Rayman game for the new generation of smartphones. Being the first completely free of the series, Adventures may displease some players, but it will make the joy of those who have not known the series because of a few bucks.

By stealing the fruits of a sacred tree, the pirates have brought a lot of problems and it's up to Rayman and his friends to recover these fruits that are actually magic eggs.

Being able to choose between Rayman and Barbara, your mission will be to face several scenarios, defeating enemies, rescuing your allies and all that while these eggs roll through the level. The game also has musical stages in the same style as Rayman Legends (consoles and PC).

As in other games in the franchise (Rayman Jugle Run and Fiesta Run), in Adventures, Rayman runs non-stop, but that doesn't mean the game is a shameless runner. On the contrary, level exploration is the central point of the game and you have to dig through everything to collect various items that will help you get very far.

It is evident that Rayman Adventures is a title prepared with a focus on players who don't like to spend a dime on a game. I don't even need to argue that anyone who thinks they're not paying anything is wrong, by lending their data and time to Ubi, but going back to talking about the game. Despite being freemium, Rayman Adventures is a delightful journey alongside these iconic characters remodeled by the talented studio Ubisoft Montpellier.