It's an RPG Skyrim Style, Ravensword: Shadowlands, produced by Crescent Moon has just arrived for Android. Available only for powerful devices (obviously) the game requires at least a processor with 1GHZ (Dual at least) and 1GB of RAM. The reason is simple, killer graphics. 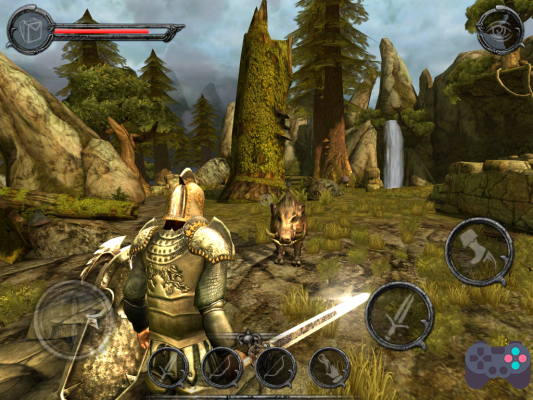 The game is an action RPG with a gigantic setting (by mobile standards) and a lot of content to unlock such as weapons, scenarios and missions requested by NPCs.

Ravensword: Shadowlands still has some bugs on Android. Several people with Galaxy Note, Galaxy S3 and Nexus 7 have reported bugs both in the graphics and in the game itself. The game is paid, around R$ 13,74, but the high price compensates the player for not having a purchase within the IAP application.

Ravensword: Shadowlands for Android gets an update with controller support ❯

add a comment of Ravensword: Shadowlands arrives on Android with stunning graphics