Rangers of Oblivion arrives globally on Android and iOS 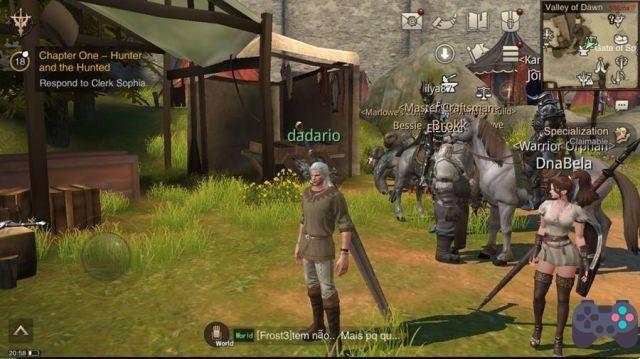 Rangers of Oblivion , MMORPG by YOUZU Games, published in the west by GT Arcade has just been released globally for Android and iOS. The game became known for being the RPG in which it is possible to create a character similar to Geralt of Rivia from The Witcher series.

Focused on combat with swords and heavy weapons, Rangers of Oblivion has beautiful graphics and action-oriented gameplay. The game cycle follows the profile of MMO games, but the third-person visual with the camera positioned behind the character makes the game more dynamic.

As if that wasn't enough, Rangers of Oblivion has a focus on dungeons with giant bosses. This leaves the game with a Monster Hunter feel, although there are other games that better exploit this similarity, such as Dragon Project.

YOUZU Games does a bit of a marketing job and the game's images in the app stores are confusing. But a video explains much better how the gameplay is. Watch below.

As you can see, we already tested Rangers of Oblivion in November 2018 and the result was quite positive. The game is very good to play, but it lacks Spanish subtitles and a server closer to Spain.

Rangers of Oblivion: How to Download and Play (APK) ❯