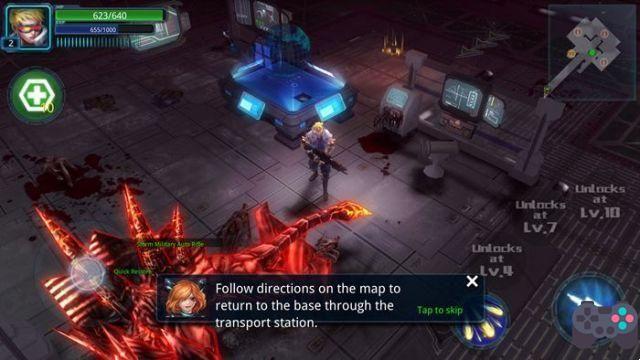 Hummingbird found that shooting games with good graphics and offline play are all Android gamers want. And that's why she doesn't stop releasing versions of Alien Zone. The newest “remake/remaster/new version” is the game Raid Dead Rising HD. O game for android, is nothing more than a Alien Zone Plus with new characters and scenarios.

– How is the game Raid Dead Rising HD?

It doesn't matter if you have a Galaxy J1 or S6, this game will run great on both devices. Raid Dead Rising HD, like other games from Hummingbird Mobile Games, exploits the full potential of old APIs such as Open GL ES 2.0. 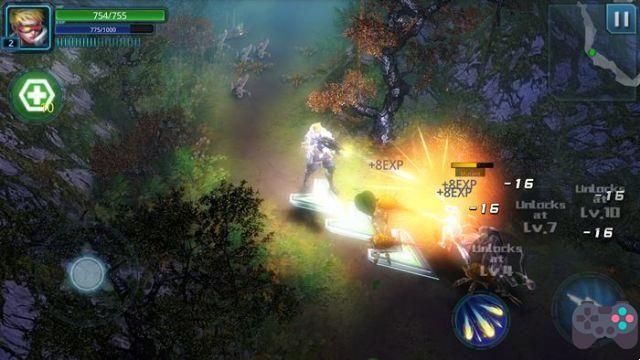 The style of this game is already very outdated. But for offering offline gameplay (no internet required), new scenarios and characters Raid Dead Rising HD is ideal for those who have already finished Alien Zone Plus.

Raid Dead Rising HD missions take place in spaceships and bases on distant planets. The objective is the same as always, to detonate space monsters and zombies.

The player needs to go through several stages, collecting money to unlock new weapons and shooting possibilities for his character. It is not necessary to connect to the internet at any time. The internet is only needed to view ads and get bonuses in the game.


Raid Dead Rising HD commands are very easy to learn. On the left side of the screen is the virtual analog to move the character. On the right side are the fire buttons. There are several of them, as there are bombs and special shots that are unlocked later.

This immense amount of games very similar to Alien Zone is getting boring. Hummingbird Mobile Games could take your game engine and make some modifications to offer different gameplay. A Hack'n slash, for example, would be great. Because the formula of offline games and with many stages is more than welcome.

Rainbow Six Mobile is in pre-registration on Google Play ❯

add a comment of Raid Dead Rising HD: New offline game from the same developer as Alien Zone Plus