RAGE will also be released for iPhone 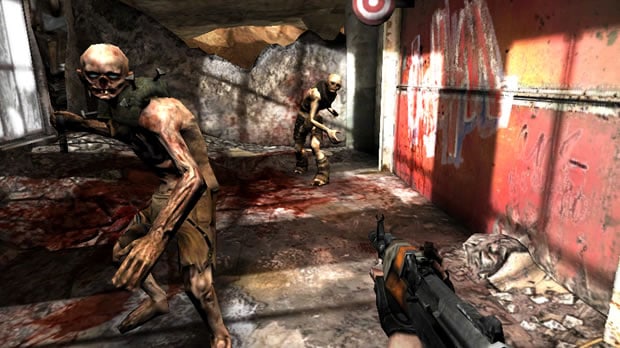 We weren't expecting this one. With an id Tech 5 tech demo running on an iPhone 4 at 60 frames per second, John Carmack showed off graphics that, in his own words, "kill anything done on Xbox and PS2" - and if I wanted to spice up the news, most Wii games.

If you want to imagine what id Tech 5 would look like in the hands of other companies, don't get your hopes up: it can only be used by games published by Bethesda, whether it's a game made in-house or by some other developer with a contract for the game in question. The id Tech 5 engine, according to the head of id, Todd Hollenshead, is a “competitive advantage”, and that's why he thinks the path they took with it is fair.

Speaking of companies that will be able to use the engine, one more entered the list. Bethesda bought French company Arkane Studios, which made the 2002 game Arx Fatalis. The Paris-based developer also helped with the singleplayer portion of BioShock and is already working on an unannounced project.

Now, see for yourself what id Tech 5 took from the iPhone 4 hardware at Kotaku.

Raging Loop: PS4 game will be released for Android ❯

add a comment of RAGE will also be released for iPhone