Raft Survival: discover the best games for Android in this style 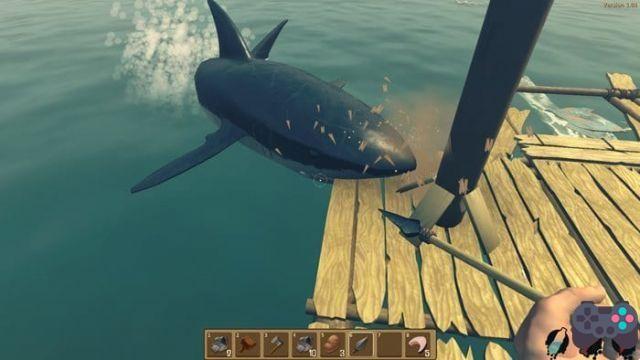 The subgenres of games No. Android usually multiply so quickly that it's hard to know which game was original. The new fad is deep sea survival games, just called Raft survival.

In this style of play, your character is trapped on a raft and has to fight nature, including sharks, in order to survive. It is a sub-genre of island survival games. Some PC games include moments reminiscent of video games. Raft Survival, como Strange Deep. But the newly created subgenre is highlighted by the fact that the character is always on the high seas.

Below are screenshots of the original PC game.

The original Raft Survival game came out late last year (2016), when a developer posted on Reddit the first images of the PC version of Raft Survival Game. Since then, several developers have copied the idea and implemented it on Android. Below you can see the best games of this style to download and play for free.

1. Raft Survival Simulator: the most complete. This appears to be the mobile version of the first Raft Simulator released on PC. It is one of the best games of the genre and has many mechanics for building items. The game is already reaching 1 million downloads and has an average rating of 4,6 on Google Play.

2. Raft Survival: the most popular, this is the style game that appears most in any search. Despite only being inspired by the original, it has good mechanics and fun events. But it is a game still under development, and it has some bugs.

The other Raft Survival games found on Google Play, are either copies of the titles mentioned above, or are just click baits (click baits, pardon the pun, that is, often it's not even a game).

Want to embark on this adventure on the high seas on Android? Bet on one of these two games mentioned that you will hardly be disappointed.

RAGE will also be released for iPhone ❯

add a comment of Raft Survival: discover the best games for Android in this style