The second beta test of Racing Master, racing simulator made by NetEase in partnership with Codemasters. The game is available for free for those who want to test it in the United States and Canada. 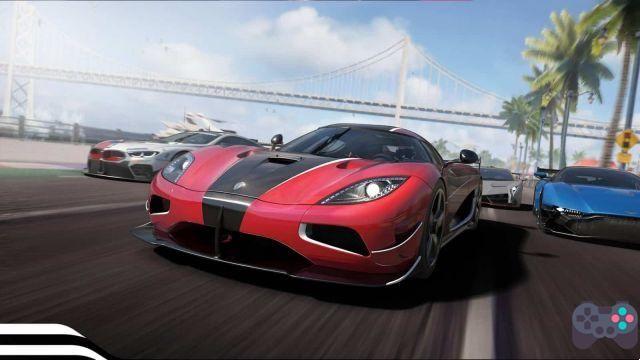 This is Racing Master's second early access beta test for all players. The racing game for Android and iOS presents a proposal very similar to that of Real Racing Next.

However, the beta test on Android, this time, showed that the game suffered some “downgrades” in relation to the iOS version. The look is worse on Android, while on iOS, it has remained at the standard of the first beta.

The effects of reflections on the track have been turned off and even the night race is no longer available. However, it is worth remembering that the beta test does not represent the final version of the game.

Racing Master's gameplay is very reminiscent of Real Racing. A free game to download and play, but with “free to play” (or “pay to win” as some would say) elements.

Players will face each other in online races and challenges. With each victory, the player receives parts and points that can be exchanged for car upgrades or new cars.

The game also has a training mode where the player receives licenses as he progresses. With these licenses it is possible to unlock new categories of cars.

So far, Racing Master's gameplay hasn't caught my attention. It's a game that was beautiful before, but now it's a little boring.

The initial tutorial is pretty boring the game physics doesn't seem normal to me. Races are very short. I hope it gets better with time.


The beta test is available with no end date. Although, It is worth mentioning, this does not mean the release of the game. Which is a good thing, as I wanted to see good competition between him and Real Racing Next.

To play the Racing Master quiz on Android, just use any VPN app. If the game does not appear, open a VPN and create a new Google Play account.

NetEase also made the game's official website and Discord available.

Radiation City comes to Android in soft launch and for only R$ 3,09 ❯