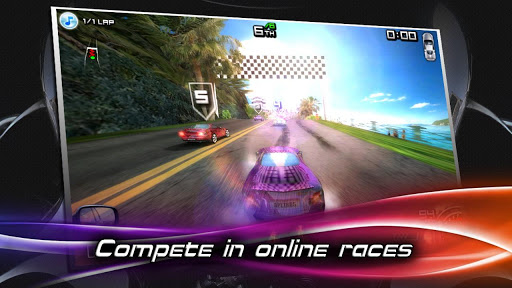 Ever heard the phrase, “the circle is complete”? If you know Star Wars, you've probably heard. Said by Darth Vader, the phrase indicates that a cycle of creation and destruction of something is complete. And that's the feeling I had when I saw Race Illegal: High Speed ​​3D for Android, the most famous OS currently receives one of the games that promised one of the best graphics for Java phones. I already had this same feeling when I saw Galaxy on Fire on iOS. It's nostalgic to look at things for Java made in 2008 that look like things made 10, 20 years ago.

Returning to the Game, High Speed ​​3D comes to Android for free, very similar to the version for iOS (iPhone, iPod Touch and iPad). But with a lot of advertising. So have a little patience with the game. The game has its charm with many races, a story mode and even the possibility for online races. For an indie game that was born on Java mobiles, I think it's grown a lot.