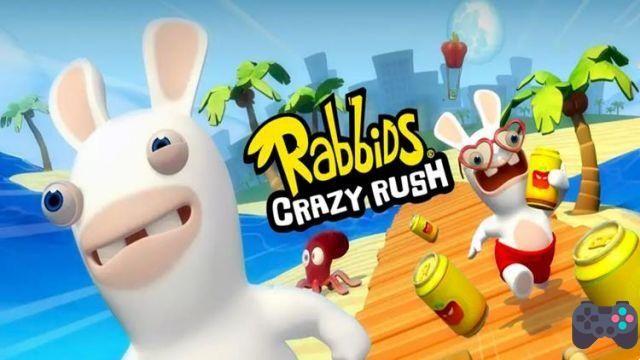 Rabbids Crazy Rush maintains the tradition of racing games with simple and accessible commands. The novelty of the game is to break the concept of "infinite run" in short stages. With versions for Android and iOS, the game is light and OFFLINE.

Since its launch, Rabbids Crazy Rush has been doing very well in downloads totaling over two million downloads on both platforms. The game was released in February.

Created by Ubisoft, Gameloft's sister company, Rabbids Crazy Rush is very reminiscent of Minion Rush (Despicable Me). A game focused on the casual player, which brings the fun Rabbids in another adventure on mobile.

The objective is to collect soda cans to fill a burp balloon to go to the moon (Are the Rabbids remember? They really are crazy). But, that's just the first scenario. The controls are simple and identical to any running game like Temple Run.

Rabbids Crazy Rush has that muted humor of old cartoons. The game is full of animations that will make children and adults laugh a lot. The franchise is on the rise after partnering with Nintendo in the production of the game Mario+Rabbits for Nintendo Switch. 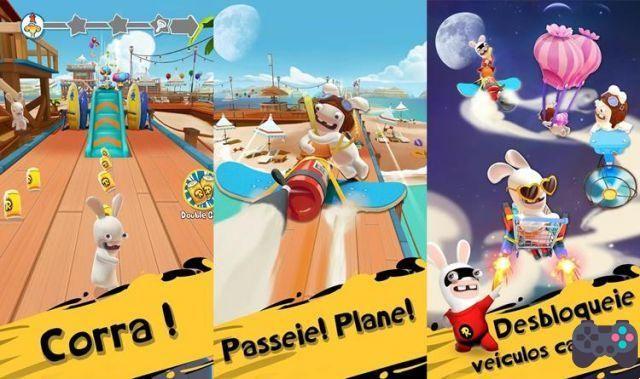 Rabbids Crazy Rush is an alternative for those who are tired of “Infinite Rush” style games. But while it has defined stages, the game is very repetitive. It's not quite a competitor to Minion Rush, which has a lot more content, including online multiplayer.

add a comment of Rabbids Crazy Rush: success despite the runner-style shake